By Phil Barnes
January 5, 2019
Sign in to view read count 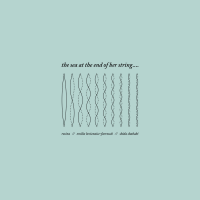 Genre is increasingly a problem in our modern musical world—it is all pervasive yet meaningless at the same time. If the internet only gives us what we search for, then a classification that is predicated on a formulaic 'if you like that then you'll love this" algorithm is never going to be good enough. Music as an art form is not specific, it implies emotion and feeling through the notes, tones and chords rather than itemising or cataloguing what a "representative sample" of consumers suggests that we should feel like. What purpose is served by a demographically aggregated playlist of "101 Things to Soundtrack Your Complete Psychological and Physical Collapse..." when we have our own preferences and, indeed, ears? It's like describing someone as "normal"—what does it really mean if we can't interpret from the writer's frame of reference?

In fairness the advent of sampler/DJ culture some 30 plus years ago and the subsequent technological leaps forward have made this sort of algorithm much harder to construct—streaming gives listeners access to a much wider library of sounds and greater license to eclecticism. Yet, arguably, the true death of genre comes from the ability of artists to work from existing sounds, changing and/or placing them in different contexts, so that the musical conversation might broaden to a dialogue with source of the sample potentially across time and genre. It also allows the capture of different sonic environments to humanise and contextualise a piece beyond the sum of its parts— potentially blending elements as incongruous as an intimate, warm, field recording with, say, nosebleed techno. The 1990's resurgence of jazz through the likes of Gilles Peterson's "Talkin' Loud" label or Guru's Jazzmatazz (Chrysalis Records, 1993) albums are a case in point here.

But how do we navigate this brave new world? One route is suggested by the way that 130701 Records has taken in applying the technology common in soul and electronic musics to a wider musical palette over the last decade or so. Fittingly the 130701 sound has a tantalisingly imprecise genre location, positioned at the centre of a venn diagram that includes circles for modern classical (e.g. Max Richter and Johann Johannson), electronica and improvised music. The autumn 2018 Daylight Music London showcase concert, for example, included startling field recordings that linked the performances making mischievous use of the Union Chapel acoustics to disorientate audience members into looking over their shoulders for the swooping seagulls that appeared to have entered the undeniably urban, if leafy, Islington venue. The closing track on the compilation "Piano Graveyard, Severn Beach," a sound recording by label boss' Dave Howell, of several pianos fly-tipped onto a wasteland at Severn Beach is similarly unsettling. Given that two of the three preceding artists on the album were pianists, we can only hope that Mr. Howell is not signalling the end of that instrument on his label. The title of the album is taken from Sylvia Plath's radio play, Three Women, in which differing perspectives on childbirth are given by the three female voices—although there appears to be no clear link other than that the album and event used three female performers and the tenuous possibility of a "creativity/birth" metaphor. 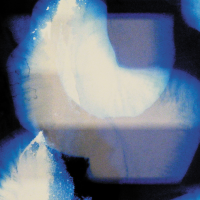 First act Shida Shahabi's excellent new album Homes (130701 Records, 2018) has most in common with Howell's field recording aesthetic being a collection of home recordings that does not attempt to get a "clean" digital sound. Instead Shahabi uses the sonic properties of the rooms in which she plays and records without attempting to hide or mask the sounds of the instrument being played within it. The label was mightily impressed at the welcoming warmth of the demo recordings, and it is not hard to see why. Shahabi plays with an amiable melancholy and emotional directness that is enhanced by the occasional fuzziness of the recording. A piece such as opener "Abisme" uses the decay in the sound to make you listen more closely—a little like when a public speaker lowers their voice to make you lean in and pay attention. It's an intriguing sound world that is also present on "Chloris" and "Flora" Shahabi's tracks on the showcase compilation, echoing the modus operandi of the likes of Nils Frahm on his breakthrough All Melody (Erased Tapes Records) collection from the beginning of 2018. 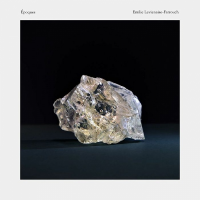 The compilation and the performance also featured two other high-quality performers, pianist Emilie Levienaise-Farrouch and cellist Resina, who have in common a use of technology to enhance music that stems from a modern classical place. Such is the state of genre confusion in which we find ourselves, however, that both could as easily be described as third-stream jazz, and in the case of Resina there are even echoes of the 1980s sonic experiments of the likes of Dead Can Dance on 4AD records. Levienaise-Farrouch is perhaps the better served by her two tracks on the compilation album with "What Remains" and "Layers of Sentiments," whose seamless blend of electronic atmosphere and occasionally florid classical piano makes for an engaging mix. Her album Epoques (130701, 2018) is less unified in sound when compared with that of Shahabi, but she can clearly play and it is a more than enjoyable way to spend 45 minutes. 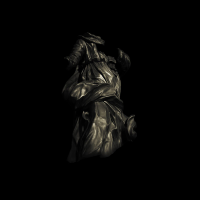 However excellent the other artists were, the star of the Daylight Music show was undeniably Resina, Polish cellist Karolina Rec. The layering of vocals on tracks like "Surface" and "In In" was utterly stunning in the much-celebrated Union Chapel acoustics, audibly impressing a knowledgeable London crowd during the performance. The rhythmic thump of the likes of "Procession" and "Resin" expand the sound palette and are stand outs on the excellent Traces album (130701 Records) released earlier in 2018. While Resina's tracks on The Sea at the End of Her String album are not at the level of these finest moments they nonetheless give an indication of her work and that of her label mates for those wishing to test the water.

In terms of the future of the 130701 Records label these artists show a way to move beyond the early "post classical soundtracks for unmade movies" that made their name through the wonderful early work of the likes of Max Richter, the late Johann Johannsson and Dustin O'Halloran. Home also to talents as diverse as the likes of Ian William Craig plus Marja Nuut & Ruum, there is little danger of predictability, of knowing the precise contents of the artist's record collection from the first minute of the first piece, here. Doubtless in time someone will invent a genre or sub-genre to fill the gap in the critical language exemplified by these artists—but in the meantime 'magnificent' will just have to do. Warmly recommended.