BY DOUG COLLETTE
March 4, 2018
Sign in to view read count
Big Star, the late lamented forefathers of power-pop as we know it, was a star-crossed group in virtually every sense William Shakespeare might've intended. The group suffered as much external as internal strife, ranging from unforeseen business slip-ups that muffled the impact of their record releases to the equally startling departure of linchpin Chris Bell in the wake of those adverse circumstances. Effectively undermining the thought and care that went into the writing and recording of the group's first two albums, No. 1 Hit Record (Ardent/Stax, 1972) and Radio City (Ardent/Stax, 1974), the implausible snafus afflicting those precocious efforts pale in comparison with the long, drawn-out process by which the third Big Star album was recorded, its soap-operatic overtones resonating through the decades via various forms of reissues until Complete Third (Omnivore, 2016). All of which might well be termed extraneous because this melodrama has only served to fan the flames of interest in Big Star to this day: the output linked to their name and their work includes comprehensive reissues besides the aforementioned, Keep An Eye on The Sky (Rhino, 2009) as well as a tribute concert in 2016, Thank You Friends: Big Star's Third Live...and more (Concord, 2017). Even the solo efforts of Bell and Alex Chilton have received extensive reissue treatment, release of which has contributed at least in part to the tangentially-related archiving of Luther Russell, the fruits of whose efforts may in fact be of the greatest value on their own terms besides his role as a modern day collaborator with Big Star drummer Jody Stephens. 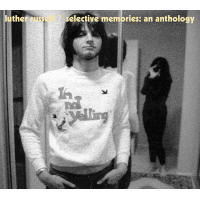 It's a revelation of no small significance to learn Luther Russell's name associations extend beyond drummer Jody Stephens of Big Star: guitarist Marc Ford (Black Crowes and Magpie Salute) as well as a young Jakob Dylan, not to mention George Drakoulias studio collaborator with Tom Petty among others. And contrary to the implications of this remarkably consistent set's title, it is not an exercise in nostalgia, but rather an enlightening reflection upon a life's work that, as noted in Bud Scoppa's knowing and incisive essay in the enclosed booklet, continues to this day. Reading the liners in fact invites listening to these two CD's in their entirety, especially in light of the fact over half these forty-five tracks are unreleased: the impression this musician/songwriter/producer leaves with the purity of his rough-hewn rock and roll compares very favorably to the tough and tender axis on which balanced the later work of the Replacements. Meanwhile, that initial imprint that only deepens with further immersion in the carefully detailed packaging; the DIY black and white graphics mirror the radiant spontaneity of these cuts and might belie the careful attention to detail involved in all this recording if not for the inclusion of recording dates and credits to the players). And although the LP replica digi-pak might seem somewhat revisionist (as does the release of this title on cassette), this collection indicative of its and thirty-year time-span, should prove self-renewing well beyond its two-and-a-half-hour duration. 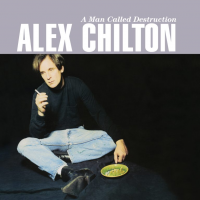 In a liner note essay as scrupulous as the arrangements and production he describes, author and keeper of the Replacements' flame Bob Mehr recounts not just the recording of, but the attendant circumstances and mood surrounding guitarist/songwriter Chilton's fifth solo album. In this expanded form with seven additional cuts along with the original dozen, this piece is, on the surface at least, a far cry from the seminal power pop of the beloved Big Star. Yet this ever-so-wryly titled album is nonetheless delightful on its own terms, something of a throwback to Chilton's days in the Box Tops, whose signature hit "The Letter" echoes here in the punchy horn charts. Alex Chilton doesn't seem to have conceived A Man Called Destruction as a musicology lesson for the fanbase of his ill-starred band, but those who are discovering the Memphis-based group now, decades after its birth and death, would do well to familiarize themselves with its vintage r&b likes, if for no other reason than it serves as a facile introduction to roots, recorded with an eye (and multiples sets of ears) toward authenticity, while still retaining the artist's eccentric sense of humor. 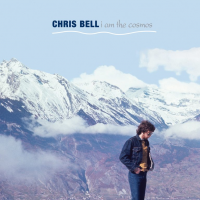 Chris Bell
I Am the Cosmos
Omnivore Recordings
2018

The pair of essays by co-producer Alac Palao and journalist Bob Mehr included with this two-CD set, combined with detailed 'Track Notes,' paint a portrait of the co-founder of Big Star almost as fastidious as the thirty-five cuts themselves. Proof positive Chris Bell might well have been immortalized in song like Alex Chilton (by the Replacements' Paul Westerberg), this collection of finished recordings, alternate takes and snippets of sound, superseded only by The Complete Chris Bell (Omnivore, 2017), elevates the guitarist and composer's profile, not just in the community that's grown up around the seminal power-pop quartet from Memphis, but in the world at large: as sibling David observes about the use of his brother's work for soundtrack purposes (as well as the documentaries devoted to his life and work), the recognition Bell so sorely sought ultimately arrived. While much of this deceptively accomplished pop-rock content is is a direct extension of the heavily Anglo-influenced Big Star (recorded at various studio locales, some with The Beatles' engineer Geoff Emerick), it remains virtually untainted by compromise and if the apparent redundancy of the set gives some pause—there are four(!) versions of the title tune—the music is enlightening on its own terms, whether the listener is a devout devotee of Big Star, just learning how to become or innately curious about the creative process itself.

Tracks: CD 1: Got Me On My Knees; Interstate 68 Blues; I Got A Woman; I'll Keep Away; Thursday Girl; The Man Hurts You; Don't Cry; One Heart's Gonna Break; Little Miss Fortune; Too Dark In Your House; Kill Me; Desdemona; Let The Music Bring A Smile; Princess Washed The Dishes; I'm A Stranger (#1); Don't Talk To Strangers; Seven; Back To Me; Friend Song. CD 2: Smoke Signals; Anymore, Anyway; Lonely Planet Song; Fried Bananas; Keohen's Theme; Arthur Lee; Tell Me If My Love's Too Late; Bronwyn; Empty Taxis; So Sad; Somehow Or Another; Kurt; Just Short Of Winning; Everybody Falls; Black Leather Coat; Your One Big Lie; The Look In Your Eye; Everything You Do; Motorbike; The Sunnyland; Yer So Bad; The Sound Of Rock & Roll.

I Am The Cosmos