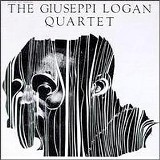 Generally, innocence drives the impetus for how to discover the next place successfully. An intriguing process of discovering various levels while creating appears on the re-release of the Giuseppi Logan Quartet (ESP Disk, 2008). Originally recorded in 1965 in New York, this recording imparts the musical uniqueness of multi-reedman Giuseppi Logan's sound.

A seeming cacophony penetrates the incidence of the music led by Logan, with a pervasive sourness that emanates from whatever reed instrument he plays. Logan offers up themes that wander; he hits upon an occasional vibrato and slight tunefulness that lightens up the weight that the horn's tone suggests ("Tabla Suite" and "Dance of Satan"). Logan's sound maintains an identifiable consistency from one instrument to another so much, that it seems as if he is only playing one horn—the Pakistani oboe ("Tabla Suite," "Dance of Satan," "Dialogue")—but a deeper tone of alto sax comes into "Taneous."

Don Pullen establishes the piano as a lead instrument in a fashion analogous to that of the horn: he scatters the notes and then regroups them within a theme that comes out of nowhere. Pullen goes inside the piano as much as he plays the keys, in vagrant phrases and chords; he performs a flippant solo in "Taneous" and a sprightly one in "Dialogue." The piano's chordal descent in "Bleecker Partita" falls into a river of phrasing that pushes the overall musical evolution.

The impulsive nature of Milford Graves' drumming magnifies its core communicative thrust. In "Tabla Suite," the grounding tabla counteracts the nasal quality from the horn and the fluttering of the piano strings and keys. Graves rises out of the mix in soloing in "Taneous," where he even skips into a rhythmic 4/4 riff as part of the stretch. Bassist Eddie Gomez employs a loose pizzicato throughout the album that follows the same sonic dimensions shaped by the piano and horn. Doing nothing outlandish, he processes the music with the intensity of going forward, often imitating, extending or in one case ("Taneous") grinding, with the bow, the same form of horn and piano phrasing.

The boldness of this improvisation evades one's sense of coherence. The instruments can proceed in their individual rumbles and fiddling; but when they come together, the sound is pleasurable as in the drum/piano coincidence at the ending of "Dialogue." In the last track, "Bleecker Partita," a solid thematic exploration takes over, confounding the abstractions preceding it in the first four tracks.

The quartet glides in a direction rather than sinking and wallowing around in such profound depths that the group cannot exit. Logan sets the framework with the horn. The music can stop and start at any one place because the group maps a topography. This course can fail unless a certain kind of consciousness abounds: the kind of consciousness that leads itself.