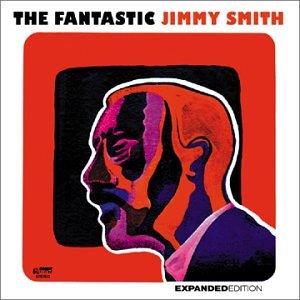 The Fantastic Jimmy Smith, documents the beginnings of a remarkable career in music. This album is from the period of 1953-1955 when Smith first began to dedicate himself to the organ. While the recording here do not match the level of his later sides, the album provides insight into a man about to become the greatest at his instrument.

Before Jimmy Smith became the legendary jazz organist, he was an in-house session pianist and organist for New York R&B label, Bruce Records. This album is a collection of his first series of recordings on the organ both as a sideman and a band-leader. While this recording probably isn’t for fans of organ trio or hard bop jazz, it does provide a rare glimpse into an artist in the early stages of their career. Listening to these recording is like hearing Charlie Parker with Jay McShann or Louis Armstrong with King Oliver, the innocence and raw talent that would soon lead to a significant body of work.

The majority of these recordings have been unreleased since their initial offering almost 40 years ago and offer a variety of styles both instrumental and with vocal. What is evident on the vocal recordings is you hear Smith trying to find his place in the session. On sides such as “I Can’t Give You Anything But Love,” Smith struggles with trying to accent the lead vocal and saxophone while also trying to step out and make himself heard. However on the instrumental tracks one can hear the foreshadowing for what is to come from Smith on the recordings of “Dancing on the Ceiling” and “Jimmy’s Jam.”