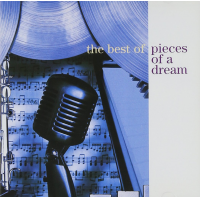 This much underrated quartet has released a collection of their greatest hits which will probably go unnoticed like much of this quality music. Prodigies of Grover Washington Jr. who started playing together as a group in the early eighties. There claim to fame started with the dance floor filler "Fo-Fi-Fo" from their "Imagine this" set from 1981 featuring those sultans of smooch "SASS" a.k.a. Marilyn Ashford and Charlene Jones.

This album features a broad mixture of contemporary, urban, dance, instrumental and vocal selections including a mid tempo version of "Round Midnight" featuring James Lloyd on keys.

Although it is marketed as their "Greatest Hits" selected from eight or so previous releases, there are in fact four new cuts on the album. Now signed to the mature Verve label the band should now enjoy some worthwhile exposure with stablemates Sergio Mendes, Jimmy Smith, et al.

The highlights for me on this album are the excellent and summery "Warm Weather," Yvette Myles' vocals on "Baby it's your turn now" and a rendition of that classic theme tune from the Sandpiper "The Shadow of your smile."

There is somewhat of a confliction of acoustic and electronic instruments used which in my opinion doesn't always work but there are some excellent dance floor classics too such as a version of Kenny Burke's superb "Rising to the Top" and the mid-tempo "Sa LaLa." The urban sound is represented by the rap opener "Club Jazz" and the Grover sax led "Keep it smooth." Barbara Walker sings the lead vocal on the stunning "Warm Weather" which is reason in itself to buy this set. If you have never heard of Pieces of a Dream you don't know what you are missing.

Pieces of a Dream: band/orchestra.