By KEN FRANCKLING
July 4, 2004
Sign in to view read count 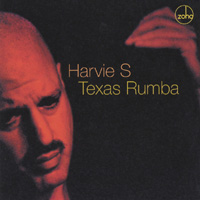 The bassist formerly known as Harvie Swartz discovered something over the course of his varied career in jazz. Whenever he worked with a Latin band, he found it is nearly impossible for musicians and fans alike not to get caught up in the swaying, percussive and often steamy energy created on stage.

Afro-Cuban music and other Latin forms carry on a tradition once shared with mainstream jazz fifty and sixty years ago when it was a vital part of America’s popular music scene: patrons loved to dance to it, not just listen.

Texas Rumba is his effort to bring back that mixed sensibility—in the leader’s own modern jazz context. It represents his deepest immersion in the Latin jazz scene, a commitment that took root after a 1996 trip to Cuba to study with some of the island’s master players.

Texas Rumba was recorded live at New York’s Sweet Rhythm by his quintet, featuring Daniel Kelly on piano, Scott Robert Avidon on saxophones, Renato Thoms on percussion and Adam Weber on drums. Trumpeter Gregory Rivkin guests with the band on several fiery tracks, including the title track and “Good News.”

“Monk’s Mood,” performed as a free ranging solo bass vehicle, is the only piece here not written by S or Kelly. The angular “Curved Corners” is a blues-influenced piece with a gritty melody. It’s also a superb showcase for Avidon’s tenor work, reminiscent of Gato Barbieri’s melodic approach.

Harvie S imbues the project with subtlety by bowing his bass on the opening segment of “From Now On.” At times, it has a chamber jazz feel without losing the Latin underpinning.

Kelly’s solo piano piece “Momentáno” is a short, delightful gem that leaves you waiting for the rest of band to join in. Hence the name. It’s sort of an interlude leading into the leader’s bright piece, “Before.”

“Underneath It All” features a marvelous bass/sax melodic doubling that is later echoed by Rivkin’s trumpet. The piece offers the full band thoughtful stretches of soloing and interplay. Its take-no-prisoners feel is a highlight.

Visit Zoho Music on the web.