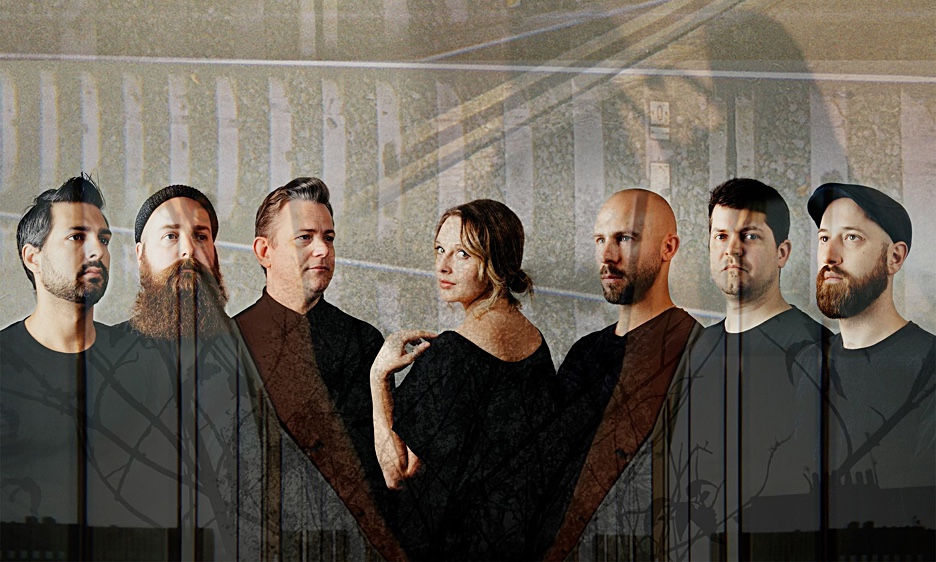 By NENAD GEORGIEVSKI
April 14, 2018
Sign in to view read count
Submotion Orchestra is a band from Leeds, UK, with a kaleidoscopic approach to making music. Since 2009, it has made music influenced by different strands of music, be it electronica, jazz, soul, pop or dub music. It's an interesting cocktail of sounds and influences that has yielded five albums to date with Kites (SMO Recordings, 2018) being the latest.

Consisting of producer/DJ Ruckspin, drummer Tommy Evans, jazz trumpeter Simon Beddoe, keyboardist Taz Modi, percussionist Danny Templeman, bassist Chris 'Fatty' Hargreaves and vocalist Ruby Wood, Submotion Orchestra is not the type of a band that hits you over the head with attitude or attack. Rather its music is seductive, layered and hypnotic, and the band sounds loose and unhurried here.

I spoke to keyboardist Taz Modi about the recently published Kites and we explored different aspects of this record.

All About Jazz: The record Kites is a diverse collection that consists of rich confluences of soul, jazz, film music and electronica sounds. Please describe the connective tissue that enables all of it to hang together?

Taz Modi: We've always had a lot of influences in the band, both from things we love as a group to musical influences on each of us personally. And since we made most of our music by playing together in a room—at the time we started, that was rarer for electronic and bass music; it's less so now -we were usually able to make those things hang together, since if it wasn't working as we were jamming it through, we would invariably let it go and move onto something else. It's resulted in things sounding quite different to how they might have been originally envisaged by whoever was bringing in the material, but when that happens for the best it can be really nice to hear. And since we've developed a lot of material through improvising together, it means that each of us can naturally bring in those various influences in our playing to a band sound, so you can get rhythms from one place, chords and harmony from another, and a melody from somewhere else again, and it can all (hopefully) hang together.

AAJ: Many have tried to blend these elements and few have succeeded. What enables you to do it so well with the Submotion Orchestra?

TM: Thanks for thinking that we manage that. I think the fact that it's still pretty hard to describe in an easy soundbite what we sound like as a band is proof of that. We've had ups and downs trying to get the sound to gel, but when it happens then we feel there's a pretty unique thing going on. But the flip side is that you can get an album that doesn't hang together so well because the tracks sound too different to each other, or that people who come to see us can prefer either the bass-heavy poppier end of things or the jazzier floaty stuff. But it's mainly Ruckspin's production that allows it all to sit together. He can navigate the line between the areas in which we individually are coming from to get something that incorporates it all but doesn't go too far down either direction.

AAJ: What was the creative process behind this record? How does a seven piece band channel its ideas and inspiration into songwriting?

TM: By the time we started this record, we'd tried pretty much every way of writing and working together: people bringing fully written tunes in, improvising tunes from scratch, collaborating with outside artists, work-shopping basic ideas till it fit us as a band. So we wanted to try something a little different. Tommy asked us all to take pictures with a disposable camera, and used the ones which inspired him to write the lyrics before any music had been discussed. From those lyrics, Ruby improvised and wrote a bunch of different melodic ideas, which I then put chords and harmony too. Then it went to the rhythm section, and finally, after Tommy had coalesced all that, we got together as a band and played through everything till it fit. We were very certain we wanted to record the basic tracks live in the studio, so this part was pretty essential. With previous releases we felt we'd gone away from our main strength as a band, which is playing bass music live. And having the lyrics before any music made a real difference too since they could be a lot more personal and relevant without having to fit a particular musical idea.

AAJ: Please talk about the inspiration behind some of the album's key tracks.

TM: As I've said, the photos were the main inspiration, but without going too deeply into specifics, there've been quite a lot of events in our personal lives that have inspired the lyrics -all the stuff that starts to come from being that strange age in your early thirties where suddenly, and all at the same time, there's births and deaths, relationships and breakups, and everything has a bit more significance and importance than it did in your twenties. Most of the songs have these things going on in them.

AAJ: What further musical boundaries do you seek to explore with Submotion Orchestra going forward?

TM: Next year will be our tenth anniversary of getting together, so we're thinking of a few ways in which we can mark this. But at the moment, nothing's been decided yet. Hopefully, there'll be something memorable and enjoyable—watch this space. And I think we've probably got enough musical references going on without trying to add too many more.