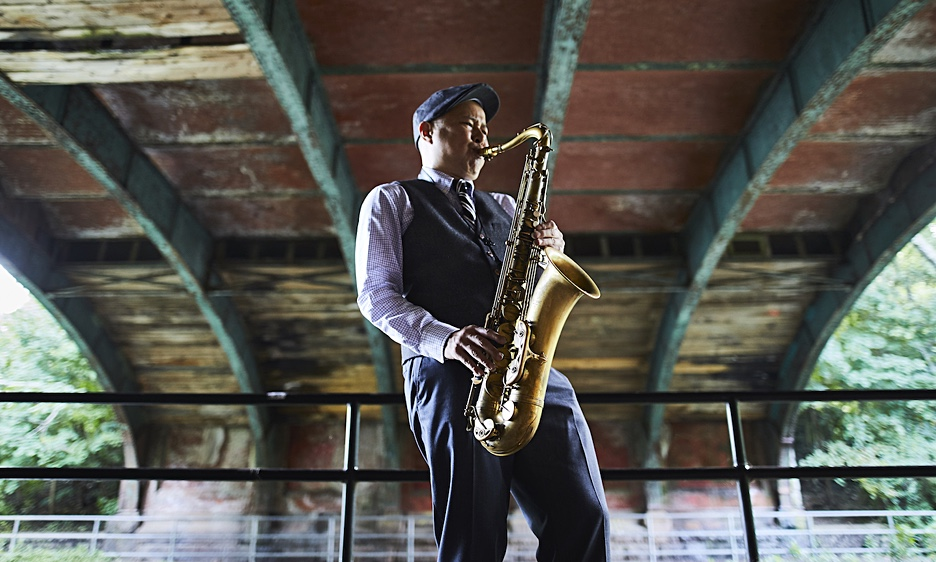 By WATARU UCHIDA
September 26, 2018
Sign in to view read count
About Wataru Uchida

Wataru Uchida is a saxophonist and composer. Wataru studied saxophone performance and composition with Chico Freeman, and has been leading his jazz projects in New York since 2003. In 2002, Wataru worked as a teaching assistant of Rory Stuart's rhythm analysis class at New School University Jazz & Contemporary Music program. In 2010, Wataru released his first CD Blue Morpho, recorded with NY-based Brazilian jazz artists, Romero Lubambo, Helio Alves, Nilson Matta. The album is dedicated to Baden Powell, the legendary Brazilian guitarist. In 2015, Wataru has recorded his original tunes with Abelita Mateus, Itaiguara Brandão, and Vanderlei Pereira, and published the album, Predawn Shenanigans Club. Wataru has been supported Tocho Swing Beats Jazz Big Band, the oldest jazz big band in Japan, and ever performed at Birdland, Jazz Standard, and Schomburg Center for Research in Black Culture in New York. May 15, 2010, Wataru performed at Museum of the City of New York, leading his quintet with the select Japanese jazz performers in New York, as a part of events that celebrated 150 years anniversary of Japan-U.S. trade. Wataru joined a recording project of The Paul Sanwald Quartet, and he performed at Bird & Beckett Books and Records in San Francisco as the album releasing celebration in 2018.

Originally, I was a trombone player. I switched to saxophone, and I studied with Chico Freeman and Junior Mance. They are from Chicago and influenced by Gene Ammons, a legend in Chicago. Chico Freeman helped me to get the "fat" tenor sound that is the Chicago tenor player's trademark. As a jazz composer, Chico Freeman studied with Muhal Richard Abrams of AACM (Association for the Advancement of Creative Musicians). And Chico Freeman gave me some tips to compose.

To learn harmonic structure, I took classes in advanced reharmonization with LeeAnn Ledgerwood. I call her "A Witch Of Reharmonization." I think she goes as far as Richie Beirach does.

And I would say, my first recording project with Nilson Matta was such a big lesson to study and practice on Brazilian rhythm. I studied pandeiro with Ze Mauricio. Also I joined Samba New York and played pandeiro and tambourine. I believe it is important to play percussion to learn the feel of rhythmic formulas, hopefully with native musicians.

When I perform and record, I can play something that I have never played before if I am in the zone. The best state of mind is calm, or to say tranquil, without thoughts. To make it happen, I have to know what I can rely on because I grab something in my subconsciousness at such a best moment. Rhythmic formulas and ideas should be there. I have to polish sax sound in my everyday exercise. I have to learn variations of harmonic maps with suitable harmonic rhythm. And I have to forget about all of them when the band starts to play. Phrases sound meaningfully sometimes. I wish I can play only good ones. I think the approach to improvise at each moment is a sort of way to communicate with musicians and audiences subconsciously, sharing emotions attached to life experiences of individuals.

Technically, the most important thing to play sax is that you don't blow it hard. A player should just breathe gently in sax. And as African American tradition, jazz musicians added variety of articulations to European music instruments including saxophone. If a player didn't grow up in jazz culture, he should practice on the articulation to make the horn speak. That is what I have been doing. For that, I spend time to listen to Stanley Turrentine as the best example.

My one way saxophone lessons are available on Youtube. People in 170 countries watch my video and 99% of the viewers are happy with my videos. You can type 'wataru sax lesson' on Youtube and they will come up. Also, I teach via Skype and have ever taught students in Germany, Brazil, and some other states in USA. Skype lessons are customized to each student.

It's Led Zeppelin. They lived together and spent so much time to create original music. What I don't like is jazz gigs without rehearsals. Group context won't be good enough to create something original in a day.

The best one is the recent trip to San Fransisco. As The Paul Sanwald Quartet LP release celebration, I went there to play at three venues in February, 2018. Paul told me that we were going to play at the icon of San Francisco jazz scene. When he drove me there, I saw a book store in front of me. It was Bird & Beckett Books and Records. We set up stuffs on the stage. There was a table between piano and drum set. I thought it was awkward because the stage was small and the table took space. But the owner of the venue came up to the stage and set up 'the best of the United States' tap water and bottled water and cups for musicians. He was very friendly. That was a pleasant surprise to encounter such hospitality of a jazz venue owner. The bookstore was cozy. Besides the venue, I played at a cafe in San Francisco, too. People there were so curious, friendly, and respectful.

Baden Powell: Solitude on Guitar
He knows how to touch our hearts. You can hear his respect for Afro Brazilian music in his sound.

Steve Reich: Music for 18 Musicians
His compositions that don't rely on any emotion of player still evoke something within me. And the mechanical transition of minimal music sounds organic and tranquil. I think it's the other side from what I do and is wonderful

Led Zeppelin: Physical Graffiti
Originality doesn't come up with one finger snap. I can hear their investment of time and energy to this album. Also, if you check Bonzo's Montreux on their last album, Coda, you would know what hard rock was. 20th century really was the time for drum set.

To teach children science intensively, schools tend to cut history classic these days. And people don't know classic cliche of the people in power to make others under the control. They divide us and easily manipulate us. Politicians win the elections by evoking hatred, boosting conflict and discrimination. Dictators have ever done the same thing. As just a musician, what I should do is to provide this society something that people can share no matter their ethnic groups or cultural back grounds are. I don't serve for jazz maniacs because it is not my mission.

...that there still was a recording studio where you could record your music on magnetic tapes without a computer work? I had my analog recording on open reels at The Bunker Studio in Brooklyn, New York.

And you may think that an analog recording project to press LP costs you so much more than computer recording to print CD. That is not truth. The extra cost of analog project is buying open reel tapes. And printing LP jackets costs you ridiculously more than you expect. But the good part is that I saved a lot of money for mixing because the mixing process was so much faster than those computer recordings I experienced before. The original sound on tapes was very rich and a mixing engineer didn't have to use too much effects. It was simply balancing the volume. And panning instruments was whatever I wanted because it was not compromised like CD project. You may know that engineers usually put drums and bass in the middle to get bass drum and bass sound equally from both speakers for a CD project. But you don't have to do that to press LP.

I think, after all, a project of analog recording, analog mixing, and pressing LP, costs you roughly $3,000 more. Or to say, the cost of analog recording is about 6/5 of digital project. And amazing thing is digital copies of analog final mix sound so much better than the recording by Pro Tools and all the multiple reverb effect afterwards. You know jazz CDs tend to sound like players are playing in a bathroom, right? That's what engineers do with reverb because they think they have to. And music comes out as ostentatious as strippers' make up. We should stop doing that.

Right now, I have to listen to 12' test presses sent from a factory in California. My LPs are coming up. I don't think I will ever publish any more CD.

I should be listening to the sound of nature when I will die alone. And that would be the most luxurious moment. The sound of wind, sound of wave... Man-made sound won't be any better than them.

My LP, The Heart Intact, will come out soon. And those who don't have a turntable can download my music by iTunes and other sites. I will keep my constant gigs in Harlem and develop our band sound with Paul Sanwald and some guys.

Ocean biologist, like Jacques Cousteau. If you don't know him, check out the movie The Life Aquatic with Steve Zissou!