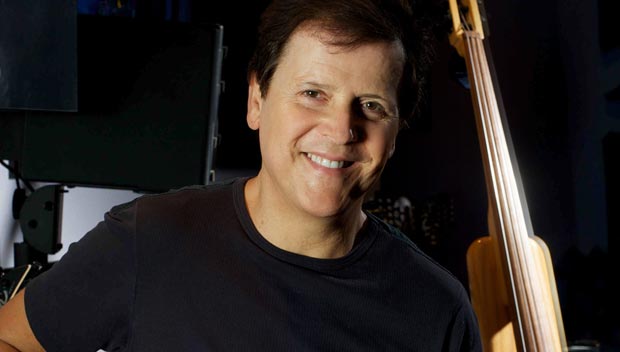 Rabin learned guitar and piano as youth, and played in a couple of bands as a teenager. His involvement in his first serious band, Rabbitt, led them to become to this day South Africa's most successful band. He left the band to pursue a solo career in the UK in 1978. In tandem with performing, Rabin became increasingly involved in production, working with Manfred Mann, Ray Davies and Jack Bruce, among others.

At this time he linked up with Chris Squire who was in the process of forming his own band. The band grew and eventually, with so many ex-Yes men in the group, including the lead singer Jon Anderson, they resurrected the name Yes.

Rabin's first album with Yes, 1983's 90125, was unlike their previous proggy output and they scored hits with the singles "Owner of Lonely Heart" and "Leave It." Rabin played on further releases Big Generator, Union and Talk, but at the same time he had released one solo album and finally decided to leave Yes in 1995 to concentrate on his own music.

He embarked on a new career, writing film scores, and has since worked on 40 films including Remember the Titans, Flyboys and the National Treasure.

I knew I wanted to be a musician when...
When I first won a classical piano competition, it excited me. Also, I was a big fan of the Shadows. And once the bug got me, it only grew and has never left.

Your sound and approach to music:
I always try and challenge myself and write something new or different, but not for difference sake. If it hits me emotionally and technically excites me, I pursue it.

Your teaching approach:
I don't teach much; I think it's a noble profession and have a high regard for a good player who teaches with patience and dedication, and helps a student become inspired.

Road story: Your best or worst experience:
Playing with Yes in Austria some years back. The show was packed out, and just before we went out, the promoter informed us that he's spent all the money and can't pay us... With the people screaming in the arena, we decided to play it regardless. Dealing with this kind of gutter business put a weird taste in all our mouths; however, the show was fantastic, and we loved it. Quite some time passed, I had forgotten about it. My manager out of the blue came to me and informed me that after major pressure he got most of the agreed deal. Snake of a promoter, can't remember his name, I'd be happy to share it. Not humorous, but not fun. There were worse things that I would rather not mention.

Favorite venue:
There are a number of places that are dear to my heart. The Forum in LA was by far my favorite in LA, Madison Square Garden, Philadelphia, Quebec, Chicago and many others.

Your favorite recording in your discography and why?
I would have to say my latest release, Jacaranda. It finished pretty much as I had intended it. There were other albums that I enjoyed, but my creative satisfaction on Jacaranda remains high.

What do you think is the most important thing you are contributing musically?
I think it's different at the moment. I'm exploring different things, formats, ways of recording, merging instruments which have not normally been together. However, the 90125 and Talk and parts of Big Generator and Can't Look Away albums , I think explored some new ground. I knew early on when I wrote the material for 90125 that it would land up being regarded as something new. There are many times I did not succeed, but I do recognize when good stuff is happening.

Did you know...
I love scuba diving, and although I have not done it for a while, I enjoy skydiving. I have a real passion for history and the cosmos. I love gardening , but I suck at it. I hate golf.

How would you describe the state of jazz today?
I think it's sad. The move to people purchasing single songs on iTunes is not conducive to the art of an album—pieces moving into others, the story of an album. That experience of sitting back with headphones and getting deep into the music. That is a form that is disappearing , and impacts jazz (and pretty much most genres) hard. It seems to work for pop top 40.

What are some of the essential requirements to keep jazz alive and growing?
Live performance, great quality, and being careful it's not overly academic. Academic is fine, but for the big picture to work, people have to look at jazz as been something that while deeper than the average pop song, should be fun and attractive to listen to. Absolutely I love virtuosity too, Jazz would be strange without it.

What is in the near future?
Obviously film, and even Broadway. However Jacaranda has taught me that I have to continue creating, and not doing so purely for various projects. But to discipline myself to write, write, write. I have to have time between film projects to create. I have strong ideas for a guitar concerto, although not in the normal format of a symphony, but this is the best way to explain myself. There are so many things I want to do, I most definitely won't be spending the next decade going from movie to movie. I love scoring, but I mustn't allow myself to let that be more than half of my creative output. Fans have mentioned things like. "I wish you'd slow down on movies, you haven't had music out for so long," when in fact I have had over a dozen score albums released since leaving Yes. I am very proud of most of them. But because they're not albums purely under my name, a lot of people don't consider them something to listen to.

What's your greatest fear when you perform?
I really never had any fear of performing. One concern, however, was that I only get up to speed a couple of songs in (vibe-wise). Where as if the fear is there and the adrenaline is pumping, most people guys get up for the show immediately. I miss playing; I would like to tour. However, I must make sure it is the right tour, with the right excitement.

There's nothing like playing to a huge audience, and the power of the band, the audience, and the sound makes you feel you're playing in a sweaty club. I know a lot of artists talk about loving the intimacy of playing small places. (Yeah, right). For me, the bigger the better—if there's an audience.

What song would you like played at your funeral?
I will be cremated and don't want a funeral. But in case I change my mind, I'll put a playlist together.

What is your favorite song to whistle or sing in the shower?
Paganini "Caprice, Number 24." The reason? If I could actually do it, I could make a career of whistling.

If I weren't a jazz musician, I would be a:
I'm a musician, I love jazz, classical (passionately) rock, bluegrass. It would be really depressing for me not to be a musician. I've never done anything else. I've been doing session work professionally since I was seventeen, so I really know nothing else. If I had to choose though, I'd be a very busy and very rich philanthropist.. Giving loads of funds to animal causes and also to stem cell research (not using animals).