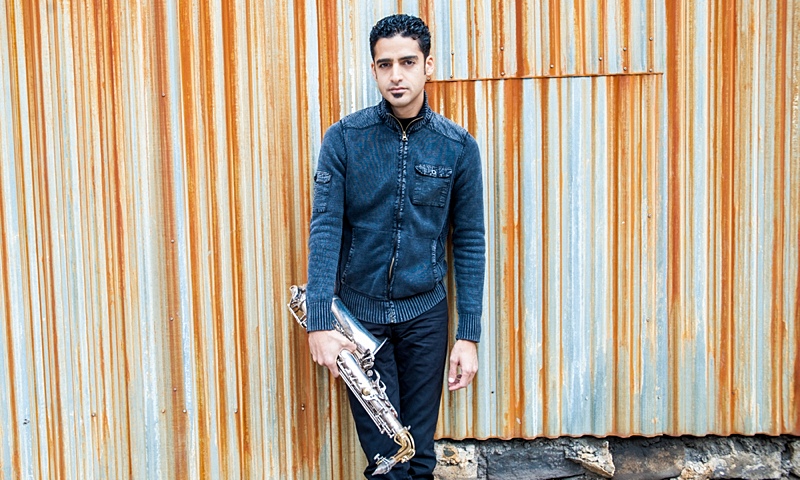 By Shlomi Cohen
December 17, 2013
Sign in to view read count
Meet Shlomi Cohen:
Grammy-nominated saxophonist Shlomi Cohen, born in Tel Aviv, Israel, has had a multicultural musical education, based in part on his surroundings both in Tel Aviv and New York City, and also from his Moroccan and Yemeni heritage. This mix of styles in his sound has made him a much sought-after saxophonist. Shlomi is based in New York City and regularly collaborates with various musical projects around the city and beyond.

Teachers and/or influences?
The first and most influential person in my life was my father who introduced me to many different styles of music. He bought an upright piano when I was five and that's how I started my musical journey; playing classical piano for six years, later picking up the saxophone. My saxophone teacher, Noah Rozenzvaig, was very inspiring and introduced me to many great saxophonists and styles of music. I believe that these early years of exposure to such a variety of music had a profound impact in the way I express myself musically.

I knew I wanted to be a musician when...
I was in high school and realized that nothing else interested me more than music.

Your sound and approach to music:
Music has no boundaries. Labeling a genre of music is in many ways limiting its potential to expand and explore other ways of expression. We are so lucky to live in a time where we are exposed to so many flavors of music, and to me the most exciting form of music-creation is the infusion of elements from all around the world. This is what I'm trying to do. I make it a priority to collaborate with different musicians from around the world and from variety of genres who share the same approach I have about music.

Your teaching approach:
I think that on top of knowing the obvious basic rules and theories of music, the most important thing to me is relying on intuition. Sometimes getting caught up too much in the theory aspect of music can be dangerous and lead to an over-calculated playing which to me is a big enemy of creativity.

Your favorite recording in your discography and why?
My favorite recording is my latest solo album, since I had the freedom to express my sound exactly the way I wanted to. I was very fortunate to have the perfect group of musicians to play on this album.

The first Jazz album I bought was:
The Brecker Brothers collection Vol. 1

What do you think is the most important thing you are contributing musically?
I think that intensity is a big factor in my playing.

CDs you are listening to now:
These days I listen mostly to internet radio. I like to keep it fresh and interesting. This way I discover new artists and new music.

How would you describe the state of jazz today?
I think that jazz today is moving in a very interesting and exciting direction. Musicians are exploring unique ways of embedding new sounds and influences from all around the world and I'm very inspired by it!

What are some of the essential requirements to keep jazz alive and growing?
Education. I think that parents have a great role in directing their children to appreciate and love music. Schools as well should be focusing on enriching children's lives with music. It's very sad to hear that many schools don't have the funds to run a music program.

What is in the near future?
A couple of new and exciting projects are emerging these days and I'm very happy to be included in them. One is an instrumental project. The other is a soul band with a great lead female singer.

If I weren't a jazz musician, I would be a:
Miserable man :-)