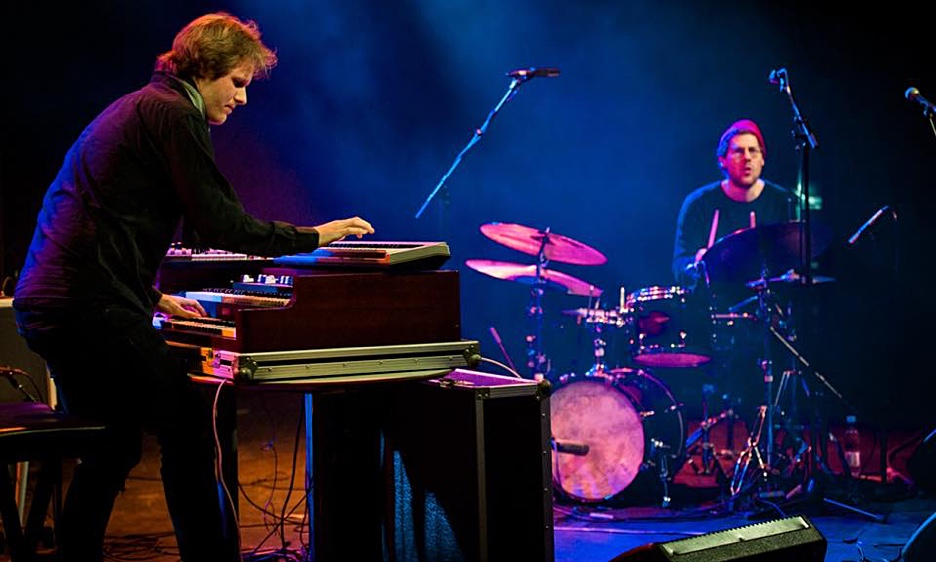 BY DANIEL SOMMER
April 2, 2019
Sign in to view read count
About OrgelDuo

Armed with drums and a hammond organ, the masterminds Daniel Sommer and Simon Eskildsen want to guide listeners and readers in their new homemade universe. Simon and Daniel are both professional musicians with several critically acclaimed albums behind them. Now they are investigating and developing the Organduo format—a comic book / record combo!

We both had a strong influence from the late Butch Lacy. A legendary figure, who resided in Denmark!

Simon: I met Butch when I first started at the conservatory in Aarhus. Previously my studies had been focused on skill, technique and the sort of classical jazz piano tropes of 2-5-1 progression and different kinds of scales. All good, but Butch never put much emphasis on that. For him, it was about the heart of the music. He was interested in fire and energy. He wanted art, not just pretty piano music. A lot of other teachers have inspired me, but Butch was definitely the spark that made me think of music in a broader sense, and started finding a voice. Plus, he had the greatest mix of Danish and American language, and all around a truly inspiring, musical spirit.

Simon: It was a very gradual thing. I was always a musician in some sense. When I met Daniel at a boarding school when we where 15, I think stuff really started picking up. And here we are—all these years later, still playing together. 15 year old me would love what we are doing now!

Daniel: I have always been surrounded by music and instruments. So I guess I kind of always knew that I would like to play music and drums. As a kid I simply just found the drums coolest... and I still do.

With the OrgelDuo, the sound started out with listening to a bunch of groovy jazz. Stuff like Eddie Harris, Dr. Lonnie Smith, late Miles. Also some African influences like the great Fela Kuti was a big inspiration. The sound is gritty and for a long time we worked as a live backing for various horn- players. It was made for live concerts. Easy tunes, as a vessel for the improvisation to take off.

Later, we started going further into hip hop and R&B. We are both disciples of D'Angelos Voodoo, and Daniel is a long time hip hop fan. This slowly crept into the overall sound, and when we started doing improvised beats, we moved into our own space in a big way. Our record was made with all these influences very visible. We even set up the record as almost a mixtape. There are jazzy tunes, with soloistic ventures and interplay, but also short intermezzos more similar to the beats of D'Angelo. We love experimenting with this format. There is a lot of open space in the organ/drums combo, and we only just began figuring that space out.

The approach live is very much to unpack the short, dense record versions into a broader statement. The tunes grow longer, and more experimental, but always with a solid foundation and appreciation of the groove.

We have been collaborating with lots of different artist with our combo. Everyone we have had has given the project a new and unique dimension. We look forward to many more!

Spider-Man reading our comic and listening to the record at Copenhagen comics was somewhat of a highlight for our band (see photo).

We (as a band) where born and raised in the venue HeadQuarters in Aarhus. It's a small basement, with some of the greatest people on the planet. They have nurtured us as a band—along with a lot of other local musicians. We have had so many great experiences there, playing with local heroes and international stars. All thanks to the great staff at HQ! Warmth, humor and cheap beer!

Daniel: Simon Eskildsen Trio is probably the best one we've done so far. The interplay is awesome, and some nice compositions.

Simon: I think OrgelDuo travels the World is a statement. We really went above and beyond with the concept, and the cartoon universe, and I think the audio and visuals compliment each other better than expected.

With OrgelDuo it's probably humor, energy and groove. We have other, more high art projects, but this one is our baby, and we want to laugh and have fun.

Neither one of us has a driver's license. It's embarrassing... we're working on it.

Simon: my dad has a lot of jazz records. Can't remember the first I bought, but Ed Thigpen—it's entertainment had a big influence on me as a child. An easy way into jazz.

Plus side: nice to see jazz working in so many different directions today. Many people working on the traditional side and keeping the sound and feel relevant. Also many new branches of experimentation and being open to the world of music.

Negative side: institutionalization of jazz can build walls and borders. Also, in Denmark they just shuttered the national jazz radio station.

Musicians keeping up with practising, sharpening their craftsmanship, yet maintaining their open ears to new sounds and ideas. Also, local culture! Less elbowing and more standing on each other's shoulders.

We are planning our release party for the record! It's right around the corner. We are working on visuals for the live-set. Also some new collaborations with rap and singing. Free composing beats and freestyle. We also have some more concerts coming up in the summer. Also planning to start working more international with the OrgelDuo.

Simon: my first to concerts as a kid started with the electric piano not working, so I think there is a decent amount of fear for tech issues.

Daniel: nothing at all.

Simon: Chick Corea "El Bozo Part 1 (Late Night Tales: Metronomy)." Figured this out long ago with my sister. It's such a hilarious tune.

Daniel: I teach drums and combo in and around Copenhagen.

Daniel: I always wanted to be a psychiatrist....

Simon: Would love to work at Pixar or Dreamworks Animation!

Simon: Nikola Tesla, or perhaps Genghis Kahn (if I get to keep my head).