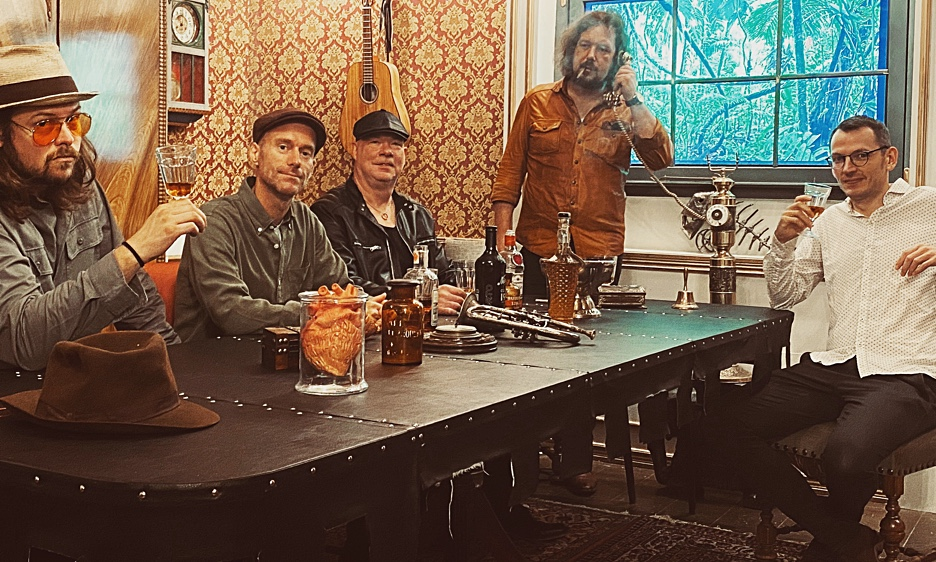 It is the Internationally acclaimed composer and songwriter Mike Hecchi on vocals, Cuban trés and Spanish guitar. Michell Boysen who has spent a year of his conservatory time in Brazil specializing in double bass and Bo 'BoJo' Johansen on percussion, who in addition to a long musical work has written books on Cuban rhythm. Theo Hjorth on piano has been taught by César 'Pupy' Pedroso himself of the legendary Los Van Van in Cuba and finally it is Rune Krogshede on trumpet.

Buena Vista Social Club is certainly a main influence. This includes the many other great works of the individual Cuban artists from which this legendary orchestra is compiled: Eliades Ochoa, Compay Segundo, Rubén González, Ibrahim Ferrer and Omar Puertoonda to name a select few. Other influences are bossa nova masters like Antonio Carlos Jobim and Joao Gilberto.

Cuban, Latin and Caribbean Folk and Jazz is one long love story between the Spanish guitar and the African drum. From Guaguancó—practically the mother of all Cuban music—to styles such as Danzón, Bossa Nova, Cumbia and especially Són which with the influence of American Jazz in the 1920s led to the modern Bolero.

This combined with our Nordic tone and approach is our true trademark and what we strive for. It's a unique blend and one we want to further elaborate on for future albums.

Riverboat Jazz Festival in Denmark—no contest—the warmth and love we receive there is second to none. We have been coming there for ten years and it was the first festival venue to take us in the beginning of our band lifespan.

The material for our album is all compiled from setlists from that particular festival really. The atmosphere is so forgiving and in most cases we've tried out new material there first to see what might catch on.

This is more like an anecdote of love really. Our primary writer and singer/guitarist Mike Hecchi is quite the romantic. Due to concert obligations, he couldn't greet his girlfriend in the airport returning after working in Italy for months.

Instead he wrote a four-part instrumental piece to be performed at the exact time of her plane landing. It was performed for an audience and recorded live and subsequently he spent all night mixing it so that she could listen to the piece written in her honor.

The preservation but also revival of the older genres of Latin, Caribbean and Cuban music—but at the same time evolving it with a modern sound and approach in terms of mixing genres and using contemporary recording technology to sculpt our sound.

We really strive to set the audience in a certain mood whether listening live in a more festive context or listening to the album alone by the fireplace with a glass of rum.

We often get the feedback from listeners that they need to listen all through the album as one story—not just one track—and that it evokes a sentimental state of mind and a yearning mood. It's great and humbling to know that.

We all come from the peninsula of Jutland—part of the Kingdom of Denmark in Northern Europe. We couldn't really be farther away from the musical heritage that we chose as our anchor, although we have all resided and studied in Cuba, Venezuela and Brazil.

Breaking boundaries and perception that one should be of a certain descent, culture or geography to play and illuminate original music traditions is an important bi-product of that as well.

It's strong and vibrant here in Scandinavia. Our music schools and environment are focused on exposure to jazz and world music. We keep getting new talent and style blends all the time and it seems to continue on.

A lot of jazz festivals thrive in the Nordic countries and the sale of physical albums is still very relevant though most other genres today are listened to mostly via streaming.

Heritage. That we expose a younger audience to jazz and inspire them to listen or pick up an instrument and put in the hours, dedication and effort it takes in a fast-paced world of easy multiple choices.

Also alternative funding and fundraising. Keeping a genre like jazz alive in competition with more mainstream genres in a postmodern world will need some subsidiary funding in the long run. Performing live is the only remaining revenue for jazz artists today. But releasing high quality recorded material and the album format is still fundamental for the exposure needed to be contracted for touring and concerts. This is still a huge expense and requires new fund raising skill skills like the growing online crowdfunding platforms we see today.

Right now we are working on material for our next album as we can't perform regularly given the pandemic situation anyway. So we aim to have just enough to get recording within the next six months.

Summer venues and festivals is something we still hope for though—at least domestically, but we don't count on it. A tour in West Africa is still in planning for the fall if everything opens up.