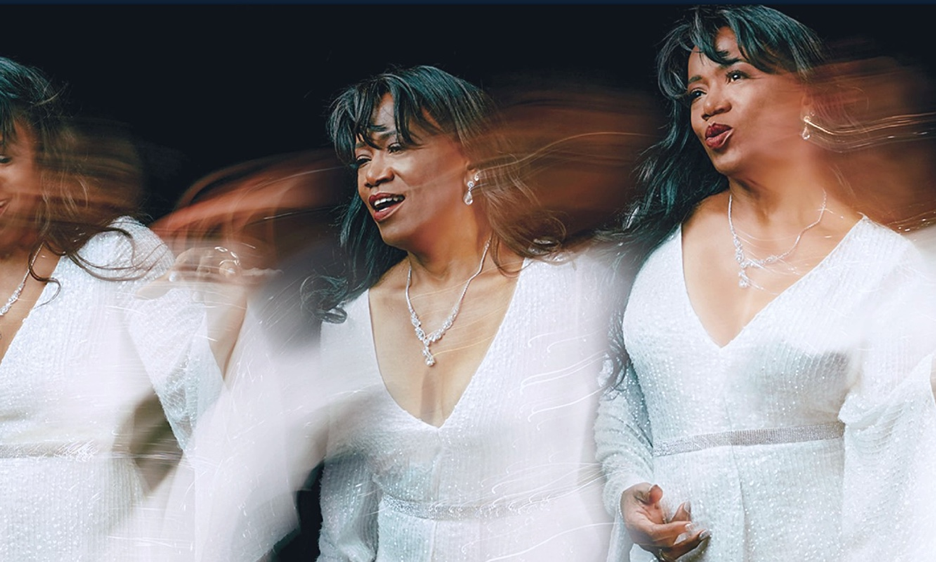 Born and raised in Morgantown, West Virginia, Eugenie Jones's father, Eugene, was the director of the local Friendship Baptist Church Choir, and her mother was the choir's lead soprano. However, Jones possessed no latent desire to one day become a singer herself. She earned her MBA, married, and moved to Seattle, raising two sons. Her singing career began later in life, after her mother Tommie's death.

Jones was inspired to start singing to carry on a part of her mother, and pursuing that quest led her into the Seattle jazz scene and onto the pursuit of something she had never imagined—a singing career.

Her 2013 debut CD, Black Lace Blue Tears, received a 3.5-star review in Down Beat magazine and was the first vocal release ever to win the coveted Earshot Jazz NW Recording of the Year award. Her 2015 release, Come Out Swingin', ranked Jones in Jazz Week's top 50, won her Earshot's NW Vocalist of the Year award and allowed her to be favorably reviewed in Jazziz magazine for her "smoke-and-satin" vocals.

Her March 2022 release, Players, recorded in four cities over four years, with thirty-two musicians—debuted at #38 on the Jazz Week radio chart, and the listening has just begun!

My sound is not contrived or planned; it's just what naturally comes out. I write and sing from my heart, believing listeners will hear parallel stories, feel parallel emotions, and better connect to the music.

One of my worst experiences was getting a phone call on my way to a gig notifying me that my pianist was sick and couldn't make it. I was also counting on him to bring his PA for us to share and I didn't have one with me.

It was dark, but I kept driving and started calling names from an online musician's directory, doing my best to make the gig on time. I also Mapquested the nearest Guitar Center, found my way there, and bought a used Bose. I hired two additional musicians: a pianist and a guitarist. (I thought I'd hedge my bets by hiring two since I'd never played with either.) When I arrived at the gig, I realized I had hired two guitar players.

The experience was scary because I didn't want to break my word and cancel the gig (someone's birthday celebration), but it was also one of those laugh-at-yourself movements when the two players showed up, and I realized what I had done.

Everyone had a good laugh, and I had the pleasure of meeting two terrific players, who continue to perform with me from time to time. Most importantly, the party went well, and I didn't have to disappoint the hostess. Lesson learned, though: don't drive in the dark while booking!

Players, with ten originals, is my favorite because it is freshest and most representative of who I am today as a singer/songwriter.

I believe authenticity and originality are most important.

I used to teach kickboxing classes, ergo my Come Out Swingin album cover.

A boat to get off the island, a captain, an exquisite chef, calories that aren't absorbed, and my husband.

Director of Marketing & Communications for a non-profit.