Ben Patterson is one of the most easily recognizable trombonists and big band arrangers today. His fiery approach to the trombone, whether from the lead chair or solo mic, has excited listeners around the world for more than two decades. From his early years in his hometown of Sapulpa, OK, Ben was drawn to sounds of all kinds. He had a drive to compose tunes by the age of eight. When he started trombone in 6th grade, he found his voice. Sapulpa’s excellent directors pushed him to improve and exposed him to great music. Ben continued his education at the University of North Texas, where he continued to develop his playing chops

It took no more than a quick Google search to find that every member of trombonist Ben Patterson's quintet is (or was) also a member of the U.S. Air Force's flagship jazz ensemble, the Airmen of Note. On Push the Limits, Patterson challenges his fellow airmen to cruise through ten of his elaborate compositions and arrangements, ...

Ben Paterson Trio The Jazz Corner Hilton Head Island, SC May 10-11, 2019 The Ben Paterson Trio set off with the lilting Ray Brown tune “FSR" (For Sonny Rollins). By the time they had finished the very first piece the audience was fully engaged in the performance. Paterson ... 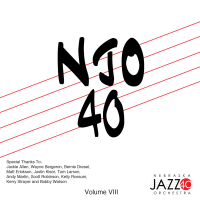 NJO 40, the latest CD by the superlative Nebraska Jazz Orchestra, salutes the NJO's first forty years by presenting a series of in-concert recordings taped between 2010-15 whose roster of guest soloists on Tracks 1-10 reads like a who's who of renowned jazz artists from coast to coast. Tack on exemplary charts by Tom Kubis, Eric ... 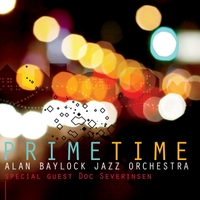 Composer / arranger Alan Baylock seems to have a penchant for time. Prime Time is the Baylock Jazz Orchestra's third album, following Two Seconds to Midnight (2003) and Eastern Standard Time (2008). This time (no pun intended), Baylock, who doubles as chief arranger for the U.S. Air Force's premier jazz ensemble, the Airmen of Note, has ...

The Ben Patterson Sextet: The Prowl

This is a well-designed, swinging session of straight-ahead jazz by six world-class musicians led by trombonist Ben Patterson, a member of the U.S. Air Force's renowned ensemble, the Airmen of Note, as are trumpeter Tim Leahey and guitarist Shawn Purcell. Drummer Steve Fidyk is the timekeeper for the U.S. Army Blues, while saxophonist Jeff Antoniuk leads ...