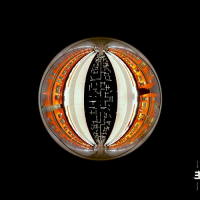 Tuomarilo's piano leads on the ruminative "Sirius," with Mats Eilertsen's plaintive pizzicato bass in close pursuit. But here the percussive element is almost imperceptible, so it's effectively a duet. "Boekloev" is unalloyed rhythmic jazz but with the benefit of both a riffy bass line and more of Pohjola's shimmering trumpet. The elegant "Unfold" again sees another virtual duet between bass and piano, but in fact Olavi Louhivuori does add some subtle, brushed drumming, the understated nature of which is crucial.

Pohjola makes one final elegiac appearance on the angular "Krakow," and in between the opening and closing melody lines, his trumpet's short stabbing notes punctuate the piece. On the finale "Celeste," Tuomarila weaves stately, bell-like lines around resonant bass and terse drums. The piano lines evolve with graceful, fluid extemporisation before gently returning to the opening theme. This is a fine and satisfying album where Tuomarila's trio seems to have coalesced into one articulate, comfortable unit.