Singer/songwriters from the Shadows: Jay Bolotin and Ted Lucas

By Jakob Baekgaard
October 25, 2018
Sign in to view read count
Fame is an elusive thing. Some make it, and some don't. However, sometimes good songs emerge out of nowhere and lost legends are found again. Singer/songwriters Jay Bolotin and Ted Lucas are good examples of talented songwriters who have remained unknown for a long time, but now get a chance to catch the spotlight thanks to the work of dedicated reissue labels like Delmore Recording Society and Yoga Records. 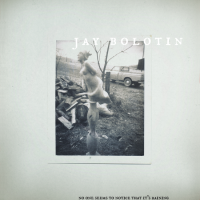 Singer/songwriter Jay Bolotin has received praise from the likes of country legend Porter Wagoner and iconic songwriters Kris Kristofferson and Mickey Newbury. So far, he has only released his self-titled debut and it disappeared almost immediately at the time of its release, but it has since gained a steady following. The demand for more music has now resulted in a release of lost recordings that now finally find a home in the collection No One Seems to Notice That It's Raining.

The album is not a haphazard collection of songs, but comes across as a coherent and strong statement from a distinctive songwriter. The influence of the songs of Leonard Cohen is felt in the title song while Bolotin channels Bob Dylan on "Don't Worry About Winning What You've Already Won." It includes striking lines like "You seem somehow confused / as though you somehow mixed the moon up with the sun."

Elsewhere, Bolotin takes on the poetic folk music of Tim Buckley with elements of jazz in the hushed "Snowman" with gentle vibes. Bolotin says about his inspiration for the song: "I remember walking from Federal Hill up to the east side on one of those snowy nights when the cars don't even bother to try and all goes quiet and still. On the walk back I saw a jazz pianist I admired but somehow knew not to speak to him then. He was staring at a snowman in the park that used to be across from where the train station used to be. He later became a close friend. We never talked about it."

Like the example with "Snowman," Bolotin's songs are born out of experience and life and just as the understanding of life sometimes gets clearer with age, these songs also seem to have matured like fine wine. They are now ready to be enjoyed with all the depth and nuances that a fine songwriter can provide. 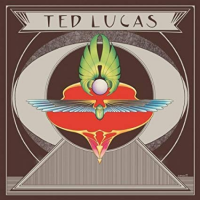 Ted Lucas released his self-titled debut in 1975 as a private press release. Stanley Mouse's psychedelic cover was originally meant for a Jimi Hendrix release, but instead found life as the distinctive artwork for Lucas' release. The album is a child of its time with the message of love and redemption shining through in a song title like "Love & Peace Raga" and lyrics like: "just as the baby cries out for its mother / so we all have to cry out for each other" from the song "It's So Easy (When You Know What You're Doing).

While the album could easily have been stuck in a time capsule, the things that lift the music above its historical reference are the deep spirituality and melancholy gentleness of the music carried by Lucas' soft, wondering voice. He never seems like his agitating and can sing the simplest words with the deepest feeling. Or to put it in his own words: "It's a plain and sane and simple melody."

The other side of Lucas' talent is his prowess as a guitarist and instrumentalist, which is showcased on side B of the record with an instrumental track like "Robins Ride" and the foot-stomping blues "Sonny Boy Blues" with nice slide-guitar and Lucas' husky voice warning about drinking too much wine. The ending is the psychedelic raga "Love & Peace Raga" with Lucas dancing across the fretboard, but not to show off, but to reach a state of instrumental bliss.

For some time, the out-of-print album has commanded unblushing prices, but it now returns as a more affordable treasure and like Bolotin's album of new lost recordings, the release is a labor of love from people who want to bring good music out of the shadows.

No One Seems To Notice That It's Raining

Tracks: No One Seems To Notice That It's Raining; Don't Worry About Winning What You've Already Won; Canteen Of Water; Traveler; Message To A Snowman; It's Hard To Go Down Easy; The Picture and The Frame; You May Live; Puddles in the Sun; The June Bug; Driver Driver; Dime Novels; The Story of Lester and the Gold Coin.

Tracks: Plain & Sane & Simple Melody; It's So Easy (When You Know What You're Doing); Now That I Know; I'll Find A Way (To Carry It All): Baby Where You Are; It Is So Nice To Get Stoned; Robins Ride; Sonny Boy Blues; Love & Peace Raga.