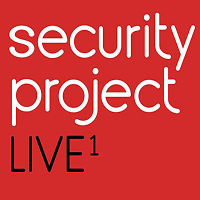 While so many singer-songwriters of the past 50 years have been covered time and again-even fostering tribute bands that recreate the live experience as close to perfection as possible-one of the most important, groundbreaking and forward-thinking songwriters of the past five decades has, for the most part, been overlooked. Peter Gabriel may have spent the first few years of his career in progressive rock trendsetters Genesis, but it's been his solo career, which began in 1977, that ultimately elevated the singer, songwriter, keyboardist and one-time flautist to the status of superstar and, nearly 50 years later, rock elder statesman. His career began with four albums on the British Charisma imprint, all simply titled Peter Gabriel—no numbers...nothing to delineate them...although the first three would ultimately became known based on their covers: 1977's Car; 1978's Scratch and 1980's Melt, with 1982's Security a title insisted upon by Geffen Records, who released Gabriel's albums in North America.

Gabriel would hit the big time with his fifth album, 1986's So—which, in addition to spawning a number of hits including MTV video favourite "Sledgehammer," "Don't Give Up," "Big Time" and "Red Rain," turned him from cult artist to megastar. Still, while So is often considered to be his best album by many, it was those first four albums that demonstrated his absolute open-mindedness to experimentation and which gradually became bolder and more groundbreaking, as he increasingly experimented with song form, instrumental layering, rhythm...with sound. And while he has always possessed a darker side, few albums in the history of rock music are as dark, brooding—and, at times, even paranoid—as Melt and Security. But in recent years, other than in the context of his New Blood (Real World, 2011) orchestral reinterpretations and the Back to Front (Real World, 2014) tour, in support of So's 25th anniversary, Gabriel has rarely revisited material from those first four seminal records beyond songs like the more radio friendly "Solsbury Hill" and balladic "Here Comes the Flood."

All of which make the formation of Security Project so vitally important. There are those that might look at a group focusing solely on Gabriel material as a tribute band but, while Security Project certainly pays homage to music from those first four vital recordings, it's anything but a tribute band. Instead, what Security Project does is accomplish what's been too long in coming: positioning Peter Gabriel's music as repertoire. Live 1, recorded during a European tour in the winter of 2015, demonstrates that it's possible to be reverent and take the music to new places, drawing it into the 21st century 30+ years after it was first released...which is, no doubt, what Gabriel would want. And with a group manned by early Gabriel alum/drummer/vocalist Jerry Marotta, ex-King Crimson touch guitarist/vocalist Trey Gunn, keyboardist/computer music researcher David Jameson, ex-Shriekback guitarist/vocalist Michael Cozzi and—perhaps most important in bringing real authenticity on the vocal front—singer Brian Cummins, Security Project has everything it needs to accomplish both objectives.

Cummins—who has toured Europe with Genesis tribute band Carpet Crawlers as well as original Marillion drummer Mick Pointer—is, at times, frighteningly like Gabriel both in phrasing and tone, but with every spin of Live 1 is becomes clear that he's found a perfect middle ground between providing the signatures that fans coming to see Gabriel's music performed might expect and more personal interpretations that make this music completely his own.

As does the entire group. Gunn, having worked with longtime Gabriel bassist/stick player of choice, Tony Levin, in the 1994-1997 incarnation of King Crimson responsible for last year's THRAK BOX: Live and Studio Recordings 1994-1997 (Panegyric, 2015) and more, similarly understands the core elements of what makes Gabriel's detailed music what it is, but as an accomplished improviser, takes plenty of interpretive chances with the music—holding down the groove when necessary but, as was also true in Crimson, adding far more color to the mix.

Not unlike Gabriel's longtime guitarist of choice, David Rhodes, Cozzi's role is almost anti-guitarist, rarely playing anything resembling a solo and more about sound, pulse and parts that interlock with the rest of his bandmates.

As for Marotta? When it comes to playing Gabriel's early music, who else but the drummer who performed on tour—and on record from Scratch through So—would be the right choice for this group?

But from the opening soundscape colors that lead to Marotta's gated drums, Gunn's touch guitar, Jameson's string samples and Cozzi's fuzz-toned foundation, ultimately leading into the familiar intro of Security's "Lay Your Hands on Me," it's clear that while Security Project treats Gabriel's music with no shortage of reverence, it's also about a more open-ended approach to the music...where possible. Gabriel's music is constructed painstakingly—often with seemingly countless layers of both defining and more subliminal parts—and so his live shows are often, especially with the addition of lighting and staging, about reproducing as many of the key elements as possible within the context of a tour-sized band. Security Project harkens back to Gabriel's earlier days with smaller groups, making reproducing the music all the more of a challenge, but on this 12-song, 70-minute set that draws five songs each from Melt and Security, one song from Car ("Here Comes the Flood") and a couple of surprises, it's both remarkable how well the group captures all the necessary elements that define each of these songs while, at the same time, lending them more personal treatments that render the music thoroughly contemporary...timeless, even.

A surprising cull from the Genesis back catalog, "Back in N.Y.C." from 1974's The Lamb Lies Down on Broadway, is the only song Cummins doesn't sing; instead, Marotta takes the lead on the only Genesis tune that Gabriel ever included in a live set once he went solo (on his first, 1977 tour), and brings even more personal personality to it, as the band retains the song's key signatures, all while taking greater liberties.

As it also does with "Here Comes the Flood," where a three-minute touch guitar solo leads to an unexpected touch guitar/voice duo (rather than Ganriel's piano and voice) for the first two verses and chorus, before the rest of the group comes in, coming closer to the Car version—including a rare solo from Cozzi—than the later-period solo version that Gabriel has adopted. Cummins' delivery may be his most completely personal of the entire set: fragile, delicate and, when it ultimately calls for it, powerful, all the while possessing the husky tone that's so defined Gabriel from the beginning of his career.

An atmospheric introduction that's all Security Project opens a version of Gabriel's song about war and diplomacy (Melt's "Games Without Frontiers") that, still ringing frightfully true today, is closer to the album version than the more hard-driving variation Gabriel would introduce on the So tour...until its fadeout segues into a groove-laden "Of These, Hope"—a piece taken from Gabriel's soundtrack to Martin Scorsese's 1989 film, The Last Temptation of Christ. And as further evidence of Security Project's interpretive approach to Gabriel's repertoire, the introduction to the sequencer-driven "San Jacinto," a song about clashing cultures, comes with even broader textures and more expansive cinematics than on the original.

The chance to hear a live performances of a truly iconic tune like "Biko" is, indeed, a treat; but it's what have become more obscure tunes in the Gabriel songbook—the danceable but idiosyncratic "I Have the Touch," the touch and electric guitar-powered "I Don't Remember," the near-orchestral, minimalism-inspired textures of "No Self Control" and even darker-hued "Intruder" (an inspiration, perhaps, for the subject of current progressive rising star Steven Wilson's "Raider II," from his 2011 Kscope release Grace for Drowning?) and equally bleak "The Family and The Fishing Net"—that make Live 1 such a compelling...and important...listen.

The good news is that the title, Live 1, makes clear there's more to come...and not too far off, with a planned release later this fall. For fans of Peter Gabriel's earlier, more overtly experimental music (though even his most pop-centric songs remain marvels of construction), drawn into the new millennium with the kind of expertise, interpretive élan and flat-out improvisational acumen that only a group of players this accomplished could manage, Live 1 fills a major gap. And as the group hits the road on the west coast for a series of dates, with plans for the east coast later this year, the album couldn't come at a better time. The only question is: with such a terrific setlist on Live 1, what will Security Project choose for Live 2?

Lay Your Hands on Me; I Don't Remember; No Self Control; The Family and the Fishing Net; I Have the Touch; Intruder; The Rhythm of the Heat; San Jacinto; Games Without Frontiers/Of These, Hope; Here Comes the Flood; Back in N.Y.C.; Biko.