Sean Mac Erlaine: Long After The Music Is Gone and This Is How We Fly

By IAN PATTERSON
November 29, 2013
Sign in to view read count
The common denominator between these two CDs is Dublin-based multi-reedman/composer Seán Mac Erlaine, one of the most progressive musicians in Ireland today. Equally at home in contemporary jazz, free improvisation or traditional/modern Irish folk settings, Mac Erlaine has been a leading figure in Irish experimental music for a decade. As one of the curators of the collective Bottlenote, Mac Erlaine is dedicated to the promotion of Dublin's most exciting improvising musicians. Whether in the acoustic/electronic duo Morla with Simon Jermyn, or in the unique Irish/Swedish folk band This Is How We Fly, Mac Erlaine is always challenging expectations. 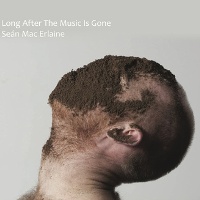 Long After the Music is Gone is a striking solo meditation inspired by the Irish landscape and its light. Several tunes feature solo soprano clarinet or alto saxophone, while others combine one or the other with bass clarinet and subtly employed electronics. Whatever the combination, Mac Erlaine's music is reflective in nature. In spite of the absence of bass and drums the twelve compositions are not entirely arrhythmic, as a subtle pulse runs through most of the pieces, generated by bass clarinet or electronics.

Alto saxophone and electronics merge in shimmering layers of pulse-like drone on "Truskmore," an atmospheric experiment in mood and texture. Bass clarinet plies a line of muted lyricism on "Buried Light," whereas alto saxophone and electronics create more strident soundscapes on "Quarried Light." The most overtly Irish-influenced tunes, musically speaking, are the solo soprano saxophone piece "A Curl in the Bonnet"—you can almost imagine the ghosts of bodhran and pipes in a spinning reel—and "Amhrán Na Leabhar," a traditional Irish song re-imagined, where soprano and bass clarinet lines enfold over a bass-like pulse.

Minimalist in conception though grand in execution, Mac Erlaine's music carves a path between timeless folkloric melodies and more abstract ideas. Regardless of the font of his inspiration, the music is uniformly engaging and quietly hypnotic. 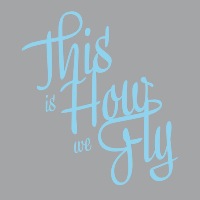 Formed in 2010, This Is How We Fly is a contemporary quartet that fuses Irish, Swedish and American folk traditions. What sets TIHWF apart from other such groups are the subtle electronic colorings on Seán Mac Erlaine's clarinets and an original percussive element from Appalachian hard-shoe dancer Nic Gareiss. Gareiss dances on all but two tracks and though his shuffling and tapping style undoubtedly informs the music, at times it's difficult to distinguish his input from that of percussionist Petter Berndalen; the effect is akin to fusing bodhran, cajon and frame drum, though TIHWF's rhythms are for the most part gently persuasive.

Fiddler Caoimhín Ó Raghallaigh's five bowed gut strings and five sympathetic strings resonate deeply throughout, and the unison and lead lines that he weaves with Mac Erlaine are central to the melodic heart of toe-tappers "What What What" and "Woo d rhythm," tunes which evoke the borderless folk landscape of the Penguin Café Orchestra. There's a captivating synergy between melody and percussive accents/rhythms throughout these twelve compositions, whether operating at different tempos as on the mood piece "March for a Dark Day," or whether dancing as one on "On One Wing." One of the most rhythmically defined tunes is the lilting, percussion-free fiddle/clarinet miniature "The Enkies."

Traditional tunes "Céad Moladh" and "Big Pat's Dan Breen's" revel in the beauty of simple melodies and the rhythms they engender, whereas the lament "Lonesome Road" shuffles with a funereal gait that could stem from rural West Ireland, the Appalachians Mountains or just as easily from New Orleans. A more contemporary edge of gong-like undercurrents, restless percussion and processed clarinet colors the brooding "Flight to Light." A similar sense of abstraction characterizes "Pelargonens dod"—a dreamy meditation.

Evocative and heartfelt, TIHWF's music is an elegant and haunting celebration of tradition and modernity that extols the possibilities of modern folk music to surprise and delight.

Long After The Music Is Gone

This Is How We Fly

Tracks: What What What; March For A Dark Day; On One Wing; The Enkies; Woo dr hythm; Céad Moladh; Mausoleum Elllipsisses; Big Pat's Dan Breen's; Flight To Light; Tree On The Downs; Pelargonens Dod; Lonesome Road