By C. MICHAEL BAILEY
June 5, 2013
Sign in to view read count
RareNoise is a British label specializing in those amorphous molecules of sound floating at the razor edge of experimental music. The label hosts names like Metallic Taste of Blood and Death Cube K, band names fashionable in the 1990s if not more so now. But among these Brainkillers and Method of Defiances, there also exists Animation, Tim Hagan's and Bob Belden's band responsible for the most excellent Asiento (2011) and Transparent Heart (2012). Judging by Berserk and Slobber Pup (names again), Animation is a red herring. 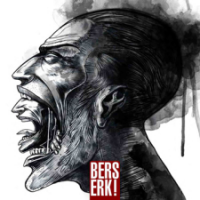 Berserk is nominally multi-instrumentalist Lorenzo Esposito Fornasari and bassist Lorenzo Feliciati, supported variously by a cast of eight other like-minded, forward-thinking musicians. Their music is that proper brand of freedom that is at once scripted and experimental. It does not so much paint outside of the lines as it simply moves the lines. It is music of musical instruments being played for anything but for which they were designed.

Berserk! pushes all the envelopes at once, testing the perimeter of voice and instruments, as well as style and form. Method exists here, but it is method in a quantum sense, parcelling out musical anarchy carefully, never completely overwhelming the listener but certainly challenging them to listen and understand. As such it serves as the exegese for stimulating consideration and reconsideration of what is music. 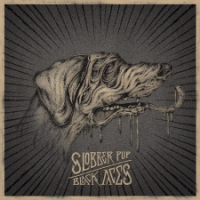 Slobber Pup is something else altogether. Listening to early Red Stripes begs the question, "why not just listen to Led Zeppelin?" Listening to Black Aces begs the question, did Neil Young not already do this on Arc (Reprise, 1992)? Well, certainly not with the sonic perfection experienced on Black Aces where every cacophonic spasm and acoustic cough is captured in pristine perfection. This is Slipknot melted and cycled through a Leslie playing Bloodrock Live (Capitol, 1972) and Deep Purple Made in Japan (Warner Bros., 1972) at the same time.

Slobber Pup is an old fashioned organ combo shot full of amphetamine. Led by Jamie Saft, who also appears on Berserk!, the quartet specializes in a curious brand of slash and burn performance that is as loud as it is unruly. This music sounds like the orgasmic seizing of a hard rock coda of a band's anthemic masterpiece that closes a sweaty concert, right before the final snare snap where the concert properly ends and the appreciative crowd properly erupts...except that, in the case of "Accuser," the seizure lasts for 27 minutes with no resolution.

There exists an audience for Slobber Pup, that was proven in 1961 with the release of Free Jazz: A Collective Improvisation (Atlantic) and again with the popularity of Never Mind The Bollocks, Here's the Sex Pistols (Virgin, 1977). Sans the angst, Black Aces is about sheer, raw power, exercised at top volume and chaotic delivery.