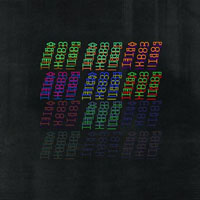 Change is inevitable, but when a group loses one of its founders and biggest conceptual fundamentals, can it really survive the loss? When Britain's Portico Quartet announced the departure of co-founder Nick Mulvey, whose hang (a UFO-shaped instrument that sounds somewhere between steel pans and gamelan gongs) was one of its most defining characteristics, the group's future certainly seemed in peril. Hard enough to replace any instrumentalist who's been so much a part of a group's musical lexicon, but just how many hang players are there out there anyway, especially considering this was an instrument originally designed for spiritual/meditative use, with its Swiss inventors steadfastly resisting extracurricular applications?

One, it appears, is enough—though, from the very first moments of "Window Seat," the opening track to the group's third album, Portico Quartet, it's clear that more has changed than just the replacement of Mulvey with Keir Vine. While saxophonist Jack Wyllie began experimenting with looping on Portico's sophomore release (and first for Peter Gabriel's Real World imprint), Isla (2009), the ambient textures heard from Portico Quartet's very first bars suggest that, while this is still the same group that went from busking on the streets of London to dates at The Barbican and a North American tour with a Montreal, Canada stopover in the fall of 2010, there is also no shortage of change in the air.

That literally everyone in the group either has the word "electronics" or "synth" tacked onto their primary instrument means that if Portico Quartet always challenged easy categorization from its inception—even within the broadest possible jazz continuum—it's even less classifiable in 2012. And if the sound of the hang was one of the initial textures that distanced Portico from everyone else, it's no longer as all-pervasive as it was on Isla or the group's 2007 debut, Knee Deep in the North Sea (Babel). Instead, it's the sound of keyboards that drives "Lacker Boo," along with a heartbeat pulse from Duncan Bellamy's gentle but unrelenting bass drum. Milo Fitzpatrick turns to electric bass for the first time, supporting the song's harmonic movement while he layers a rapidly bowed and processed double bass solo over the first half of a song that dissolves into an electronics-driven middle section, with Bellamy remaining the only constant that ultimately leads to an equally hypnotic recapitulation.

While Wyllie's saxophone continues to be a melodic signpost, he expands his own range to include heavily reverb'd piano on "Sleepless," which features a guest spot by Swedish singer Cornelia, whose Björk-like delivery only serves to further reposition Portico 2012. Along with pre-existing hints of minimalism, there's a newfound approach to sonic improvisation that's less jagged, but occupies some of the same space as Norway's Supersilent, subsumed into Portico's collective sound. The Ligeti-like chordal density culminating the atmospheric "4096 Colours"—somehow also referencing trumpeter Nils Petter Molvaer at his most abstractly atmospheric—only comes after a slow, inevitable build-up of synth textures, while "City of Glass" begins with a more defined groove from Fitzpatrick and Bellamy, though its orchestral tendencies shift throughout.

With a greater emphasis on texture as it expands to incorporate elements of ambient and trance, Portico Quartet continues the group's relentless evolution forward. While the album could only be made by the same group that made Knee Deep in the North Sea, it's also a quartet that sounds significantly different than it did just a half decade ago. Portico Quartet may not have exactly deserted the hang responsible for some of its notoriety, but five years on, it's far less dominant—instead, just a part of the group's larger instrumental toolkit. It was hard to imagine that Isla could top Knee Deep, but it did. Now, another three years on, few could have predicted an album incrementally better than Isla, but despite a major personnel shift—or, perhaps, because of it—and with a greatly expanded sonic palette and stylistic purview, Portico has miraculously done it again.