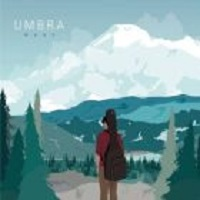 American road trips have long inspired writers, from Jack Kerouac, John Steinbeck and Tom Wolfe, to Hunter S. Thompson, Robert M. Pirsig and Bill Bryson. Fewer are the extended works, similarly inspired, written by musicians. Some things, it seems, may be easier put into words. Umbra's West is inspired by founding member Chris Guilfoyle's 2017 road trip, as evidenced through the song titles, through North America's Western states to Canada. It marks Umbra's full debut, but can be seen as ...