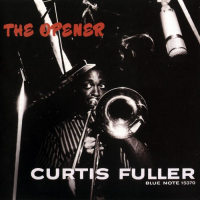 From the very first notes, it's obvious that Curtis Fuller's The Opener is something completely different. Yes, it's bop. Yes, it features the usual lineup of two horns, piano, bass and drums. And yes, one of those horns is saxman Hank Mobley, who, by law, was required to appear on every single Blue Note album in the 1950s and '60s. (Or maybe it only seems that way.) But wait--what's going on with those four opening notes? ...

Legendary trombonist Curtis Fuller was 22 years old when he played on John Coltrane's landmark Blue Train (Blue Note, 1957), and the saxophonist remained best friends with Fuller during the 1950s and '60s. In 2005, the trombonist met saxophonist Keith Oxman, and has since developed a friendship leading to Fuller's favorable comparison of his new friend to Coltrane. For the past seven years, Fuller has been performing and recording with a sextet of players he now calls his “band of ...

The trombone can be smoothly seductive, raucous, rasping or cheekily fruity by turn. Curtis Fuller is a master of the instrument, a veteran of six decades of top flight jazz who is still full of creativity as a player and writer. Featuring his regular sextet, Down Home is an absolutely delightful recording--a sophisticated collection of tunes performed with a real sense of joy.Fuller's place in jazz history was assured with his appearance on saxophonist John Coltrane's Blue Train ...

The jazz world of the fifties and sixties was undeniably a golden age, and legendary trombonist Curtis Fuller was one of the era's key voices. Throughout his sixty-year career, Fuller has worked with some of jazz's foundational players: he appears on saxophonist John Coltrane's Blue Train (Blue Note, 1957), he was part of drummer Art Blakey's smoking hot, early sixties Jazz Messengers, plus he worked with trumpeters Dizzy Gillespie and Miles Davis, saxophonists Hank Mobley and Benny Golson, bassists Paul ...

Curtis Fuller: The Story Of Cathy & Me 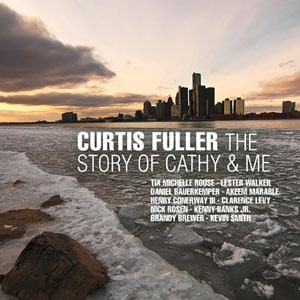 Legendary trombonist Curtis Fuller pays heartwarming tribute to his wife, Catherine Rose Driscoll Fuller, on The Story of Cathy & Me, a musical tale of how they met, how they lived and how he now lives without her (she passed away in January, 2010). The album's many soft and intense pieces reflect Fuller's deeply personal memories, and range of emotions from excitement to sadness.With titles like “My Lady's Tears," “Too Late Now," and “Life Was Good, What Went ...

Curtis Fuller Quintet with Gilbert Castellanos Saville Theater, San Diego City College San Diego, CA September 21, 2010 There was a palpable sense of energy in the air for Tuesday night's concert which sold out well in advance. The chance to see a former band-mate of John Coltrane, (and a legend in his own right), doesn't come along very often--especially in San Diego. At age 75, trombonist Curtis Fuller doesn't seem to be slowing ...

Curtis Fuller: I Will Tell Her 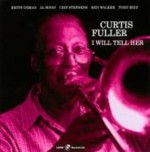 Legendary trombonist Curtis Fuller and saxophonist Keith Oxman have performed a regular gig at the Dazzle nightclub in Denver leading to this first recording for Fuller on the Capri label. I Will Tell Her is a special album in several ways, dedicated to Fuller's late wife Cathy, the album is also the 100th of the Capri label and their first double CD. The two disc set comprises a studio recording session and a live date at the Denver nightclub. Fuller ...