Have Flute Will Travel: Chip Shelton On The Road

Chip Shelton is part of that rare breed, an almost exclusive jazz flautist (save for the occasions where he plays soprano saxophone.) He has provided the jazz audience with several notable recordings including, Peacetime and Flute Bass-ics.

Shelton has a quasi-series of live recordings in the brew entitled Have Flute Will Travel. The first, Stop 1, was recorded in Berlin in 2003 and the second, Stop 2, in Cape May in 2006. The two releases offer a glimpse of Shelton ... 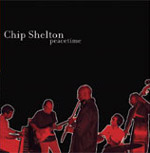 Flutist Chip Shelton likes variety. His instruments are unique, and his musical programs always come with pleasant surprises. In addition to his arsenal of flutes from every musical register, he's elected this time out to add soprano sax and several poignant vocals to the program.

Shelton's lyrical flute warbles like a songbird in the sunshine of a cool morning on Horace Silver's “Peace as Jann Parker interprets lyrics by Doug Carn. His soprano saxophone graces a hip arrangement ... 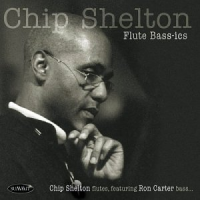 Herbie Mann is who I think of first when considering “jazz flute." Then, I suppose, there are James Moody and Frank Wess. Chip Shelton is a new name to me and his recent recording, Flute Bass-ics. This disc has languished at the bottom of my pile for consideration too long. It is a completely enjoyable outing that warranted serious attention.

Flute Bass-ics steps above the basic jazz flute foray by one, enlisting the services of the always sublime Ron Carter Quartet, and two, taking advantage of Chip Shelton's talent with an array of different flutes. The leader plays concert flute in C, B flat flute d'amour, contra-bass and bass flutes, alto flute in G, ethnic wood flutes, and piccolo to mix up the sounds.With veteran bassist Carter on board – playing and producing – it's impossible to go wrong. ...