Paul Wertico: All In A Day's Work

By CICILY JANUS
December 14, 2009
Sign in to view read count

AAJ: What's the difference between the work on pulling together a project like this where you're the leader versus the work you do on a project where you're a sideman say like one of the albums you did with Pat Metheny?

PW: When it's your own project and you're able to work with someone like Nick, who allows you to do all the things you want to do and places zero restrictions on you, it's truly wonderful because even though you get to have all the veto power you want, you don't ever need to use it. We were all totally into the music right then, right there, so there was never an issue. But when you work on something as a sideman, you're basically trying to make someone else happy. Part of being a successful sideman is that you make whoever has hired you sound the way they want it to sound. It's always gratifying, especially for someone like me who's been on countless recordings, when you can just be yourself and still get the end result your client wants.

However, many times the leader wants something very specific. They may also do a number of takes of each tune and then not use the takes you really loved because they may not have liked the way they played. Sometimes those records aren't exactly a hundred percent of what you feel it could have been.

In the case of this album, it was exactly what I hoped it would be. I knew what we had and we used what I liked, but because I'm the producer too, I tried to make sure everyone was happy as well. I was watching out for their best interests because that's usually what works best.

AAJ: Recording a record that's essentially a live studio performance versus doing one that's "tweaked," is something you don't see that often nowadays. What is the advantage of doing your recording this way? 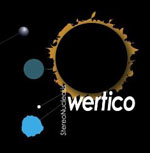 PW: Well, there's the kind of record where you play and it is what it is. You're basically presenting to the listener a performance of that moment. Then there's the kind of record where you spend years tweaking every particular note until it's "perfect." In this case though, it was both. It was totally live, but I feel we have a perfect record. We didn't have to do anything to it...it was the best of both worlds.

To me, there's a danger of doing things over and over so you can make it perfect. If you do it too much, you can take the emotion out of it. I feel this is what happens in modern music quite a bit. Sometimes they're taking the humanity out of the music that's supposed to be portraying humanity. It's one thing to sound like a machine if it's supposed to sound like a machine. But if you're trying to express yourself as a human being and show a certain side of your emotions, then let it have some human qualities. You can present a studio recording as the final product that's been made as perfect as possible, whereas a live record is a documentation of a moment of time.

Yet what's really funny about what we did is that we didn't even have the luxury of getting in there and micro-tweaking everything. We were under a deadline to get things done. Luckily, it was good enough the way it was. I guess that's why I'm so proud of it. It's really real. It's not something we made up and fixed. This record is the way we actually sound.

AAJ: The older recordings in all genres really, used to be done more like this one, where it was recorded on one take and live, right?

PW: Back in the day, there was no multi-tracking. The whole band would play in front of one or two mics or you'd be staggering the musicians according to their instrument. Up until the last few decades most things were recorded live. Sometimes it seems like that's almost a lost art form. On older television shows or old radio programs, everyone that was a part of them had to deal with making their performance every night as perfect as possible. Nowadays it's not uncommon to play something and screw it up a little and the producer will say, "Don't worry about it, we'll fix it later." I think maybe some people have become a little lazier because of this way of thinking...that it doesn't really matter too much if they hit the right notes spot on or not.

It's as if they can just put it in Auto-Tune and tweak it. But then again it's about the artistic aesthetic and what someone is really looking for in a particular recording. The general listening public doesn't want to hear any mistakes, they want to hear something they consider perfect. That's understandable and you don't want to subject your listeners to your mistakes if you can help it. But you have to be artistically honest at the same time. If you fix everything so the art isn't even human anymore and is "too perfect," you're not giving the listener a true representation of yourself. It's a bit phony. For instance, I don't play the harp, but I'm sure I could probably play a harp and record it and punch in the right notes and make it okay.

But I think this is the reason why expertise isn't appreciated as much anymore in a lot of things. People just don't know what is real or not. Kids don't seem to respect expertise as much anymore either. Perhaps it's because they don't understand how long it takes and how much work, dedication and love is involved to truly master a musical instrument. They sometimes think if they can do something on a Wii then that's just as good as doing the real thing. A professor I was having a conversation with the other day, who happens to be an amazing guitarist, had a kid say to him, why should I want to practice the guitar...I can do it on Guitar Hero. The kid had no idea of what really went into the art of actually playing a real guitar. After all, if you're on Guitar Hero you instantly have an audience cheering for you and you suddenly have adoring fans. But that's all ego stroking and fake. Hopefully, there will always be some kids who want the real thing as well. 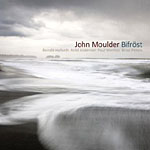 AAJ: Most of the recordings I hear now seem to sound the same. The subtleties of the sound on a recording are more rare. Why is this?

PW: It all depends on how much a record is compressed. When a record is mastered today it's often going under the theory that louder is better. When you listen to a typical pop, rap, or rock recording, there's not going to be a lot of dynamics in the music. But a jazz record will have soft and loud points. However, this doesn't make it easy to listen to when you're driving in the car because all of a sudden a ballad comes on and you can't hear it. But with a pop or rock record, they don't want that to happen. They'll take softer dynamics and boost it up to basically about the same level as the loud dynamics so you that can hear everything all the time.

If it's done this way, it's often more difficult to really get inside some of the fine nuances and subtleties of the recording. Everything on the recording has been pushed to the front. This is done so that you can hear the music whether you're riding your bicycle, taking the subway, or cruising in your car.

But I find that there's also a certain cool mystery in being not able to hear an instrument clearly all the time. Sometimes things are better when they're left up to your imagination. I remember when I was growing up I would try to figure out what my favorite drummers were playing. I didn't know exactly what they were doing because I didn't have a great stereo, so I made up my own interpretation. Actually, sometimes when I finally heard their parts clearly, I was actually disappointed because I now knew exactly what they were doing, and not only did that take the mystery out it, but sometimes what they were playing wasn't as good or as interesting as what I had imagined it to be. It's like if you're cooking, you don't always want to be able to taste every spice equally or have ever bite taste the same as the last.

AAJ: If you had to describe this recording to someone wanting to pick it up, especially given it's extreme genre-bending qualities, how would you do it?

PW: It's really a great headphone record. But it sounds great in the car as well. There are elements and sounds in the music that I'm not even sure as to how we obtained them. Things come out of the left and right channels and there's a spatial awareness to it. It's like wearing 3-D glasses. Stuff jumps right out in your face.

There are jazz, rock, classical, and ethnic elements. There are even loose characteristics of very early jazz music, where everyone's improvising at the same time, mixed in with avant-garde elements...alongside harmonic rhythms that move all around. Even after working on the album during the mix, I still constantly hear new things I hadn't noticed before whenever I listen to it. Actually, the music blends beautifully with any outside sounds, so it's almost like a living, breathing record that constantly changes depending on the environment in which you're listening. I've done many records before that I really liked, but there's truly something to be said for this one...I just keep thinking to myself that this time I got it right!

All Photos Courtesy of Paul Wertico