By FREDDY CHARLES
November 11, 2010
Sign in to view read count 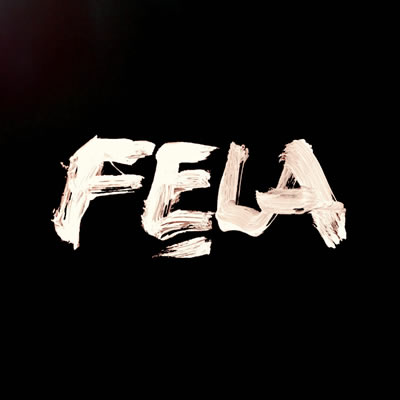 Who knew? Who imagined, even a few years ago, that the life and music of Fela Anikulapo-Kuti would inspire the biggest Broadway musical sensation of 2010 and the concurrent release of this lovingly put together, definitive collection of his recorded work? Kuti's fans have long proclaimed his relevance to all times and to all peoples, but to see the dawn break 13 years after his death has been no less wondrous for that; expectations are only rarely fulfilled, and justice served, with such style or on such a broad canvas.

The musical, Fela!, will be considered, and the album Fela! Original Broadway Cast Recording (Knitting Factory, 2010) reviewed, in the next part of the Afrobeat Diaries. The show is extraordinary both for the degree of its commercial success (approaching 400,000 people have seen it at Broadway's Eugene O'Neill Theater since it opened there precisely a year ago, in November 2009) and for the integrity with which it deals with its subject matter.

Meanwhile, readers of this column won't need to be told that The Complete Works Of Fela Anikulapo Kuti is da bomb, the least obscure object of desire of the year. The 27-disc set—comprising 26 CDs and a DVD, packaged in a heavy-gauge cardboard box, using all 46 original albums' front covers, and including extensive and authoritative liner booklets—covers practically everything Kuti recorded as bandleader from the mid-1960s until his passing; a handful of early singles, which he recorded as co-leader, are not included, and there is no previously-unreleased material. But Kuti's unreleased archive is a limited one: every one of the master tapes he had by then accumulated was destroyed in the outrageous army attack on his live/work commune, Kalakuta Republic, in February 1977, and his modus operandi was, anyway, to record and release, record and release. Some live recordings from the 1970s and 1980s, most with poor sound, circulate among collectors and may yet make it to legitimately released discs. These few, marginal items aside, The Complete Works Of Fela Anikulapo Kuti is exactly that.

Most of the original albums have previously been reviewed in The Afrobeat Diaries, and many readers of this column are likely to agree that they constitute the most revolutionary and enduring body of work to come out of Africa in the final decades of the 20th century. To have them all collected in one, properly curated box set is as it should be.

The liner booklets include an insightful biography of Kuti by Jacqueline Grandchamp-Thiam and Rikki Stein, Kuti's friend, longtime manager and guardian of the flame. There's also an 8,000 word, disc-by-disc commentary by AAJ's Chris May, chief writer of the Afrobeat Diaries. May traces the emergence and evolution of Afrobeat, from Kuti's early experiments with Koola Lobitos and Nigeria 70 in the late 1960s, through Africa 70 and Afrika 70 in the 1970s, and onto his recordings with Egypt 80 in the 1980s and 1990s; looks at the ideas and events which inspired his work; and considers the development of his political and cultural philosophy within the wider context of contemporary Nigerian society.

The Complete Works Of Fela Anikulapo Kuti also includes the DVD A Slice Of Fela, an engaging compilation of live performances, documentaries and interviews. There are excerpts from the films Music Is The Weapon, Teacher Don't Teach Me Nonsense, Fela At The Berlin Jazz Festival and Fela At Glastonbury Festival, plus an interview with Kuti biographer Carlos Moore and with Bill T. Jones, director, choreographer and co-writer of Fela!.

The 27-disc box set is a limited edition, but all the material, including the DVD, is also available over three 9-disc sets, each of which includes Grandchamp-Thiam and Stein's Kuti biography and May's album commentaries.

"Fela will live forever!" That was the anthem chanted by the million-plus mourners who attended Kuti's funeral. "The secret of life is to have no fear." That was Kuti's mantra, quoting Kwame Nkrumah. His indomitable courage, expressed both in his music and in his life offstage, will always shine a light.