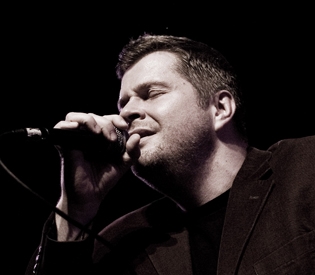 After returning from his fourth European tour, a tour in Canada and two major Festivals in Europe, internationally acclaimed vocalist Beat Kaestli presents his renowned CD “Happy, Sad and Satisfied" at Sweet Rhythm, backed by his stellar New York band. His unmistakable blend of Jazz, classical and contemporary vibes thrills audiences everywhere and his sets will include new songs from his upcoming release “Far From Home", dedicated to European composers, like Kurt Weill, Bizet, Purcell, Legrand and his original collaborations with contemporary European composers.

Beat's CD “Happy, Sad and Satisfied" is still gaining acclaim in the US and Europe, having received great reviews from a majority of the major Jazz publications, while radio stations and local papers have been supporting the tours and festivals with interviews, showcases and CD reviews.

In the US, the CD was introduced on “Groove Boutique", a nationally syndicated show on CD 101.9 Smooth Jazz, and Kaestli's refreshing approach to standards remains a favorite on Jazz radio stations everywhere. Additionally, “Happy, Sad and Satisfied" has been receiving high praise from critics and audiences across the country and in Canada. It was named among the “Top 25 Best CDs of 2006" by Indie Music Magazine and received a “Best Male Jazz Vocal" nod from the Twirlie Awards. Also, Kaestli's last NY performances at the 55 Bar and the Jazz Standard were mentioned among the “Noteworthy Performances" in JazzImprov Magazine.

Beat Kaestli moved to New York from his native country of Switzerland, received a scholarship to the Manhattan School of Music (BM) and continued his music education at the Aaron Copland School of Music (MA). While honing his craft alongside noteworthy Jazz performers, such as Jane Monheit, Jason Moran and Stefon Harris, he immersed himself in Manhattan's fiercely competitive music scene, emerging as a seasoned performer. He now appears in clubs such as Birdland, The Bitter End, The Jazz Standard, 55Bar and B.B. King's. In 2005, Beat was the chosen vocalist for the Glenn Miller Orchestra, thrilling audiences in concert halls across the USA. Since 2006 he is touring the world with his own projects and is showcasing his music in renowned clubs across the US and Canada.