Home » News » Victor Goines Follows Jazz Wherever It Leads Him

Victor Goines Follows Jazz Wherever It Leads Him 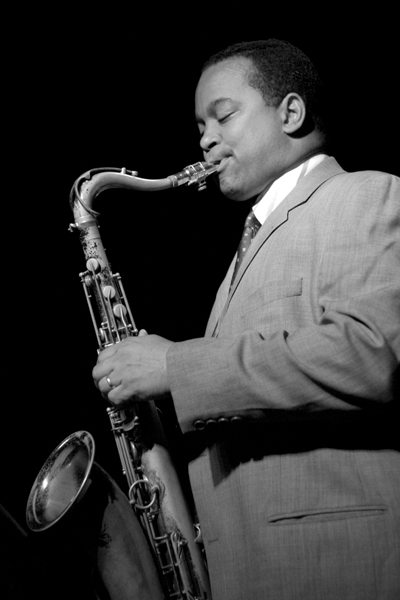 slideshow
Victor Goines, saxophonist and clarinetist, and Wynton Marsalis, composer, trumpeter and music director of the Jazz At Lincoln Center Orchestra, have known each since they attended Martinez Kindergarten in New Orleans. While Marsalis lived in Kenner and Goines lived in the city, the young musicians nevertheless kept crossing paths, drawn together in honor bands and all-state orchestras.

As a teen, Goines attended St. Augustine High School, but frequently visited the New Orleans Center for the Creative Arts, where Marsalis was a student.

“To be around cats who were doing what I did, I went to NOCCA in the afternoons or evenings," Goines said from Evanston, Ill., where he's director of jazz studies at Northwestern University. “Somebody asked me if I went to NOCCA. I said, 'No, man. I go to Augustine, but I'm trying to find some music.'

“No matter where the music was at, that's where I was gonna be. And the NOCCA teachers let me sit in. It was a wonderful time."

Goines and Marsalis became more formally associated in 1993, the year Goines joined the Jazz At Lincoln Center Orchestra. New Orleans and Louisiana-linked musicians performed with the orchestra through the years -- including drummer Herlin Riley and saxophonist and former Baton Rouge resident Wess “Warmdaddy" Anderson -- but Goines and Marsalis are the band's sole Louisianians at the moment.

“It's good to play with somebody you've known so long," Goines said of Marsalis. “And it's seldom that you get to play with a group that's so talented and dedicated. Our individual objectives may be different, but our unified goal is always the same: to create great music. When we come together as the Jazz At Lincoln Center Orchestra, we play the masterworks of jazz history as well as new music that's vibrant and original."