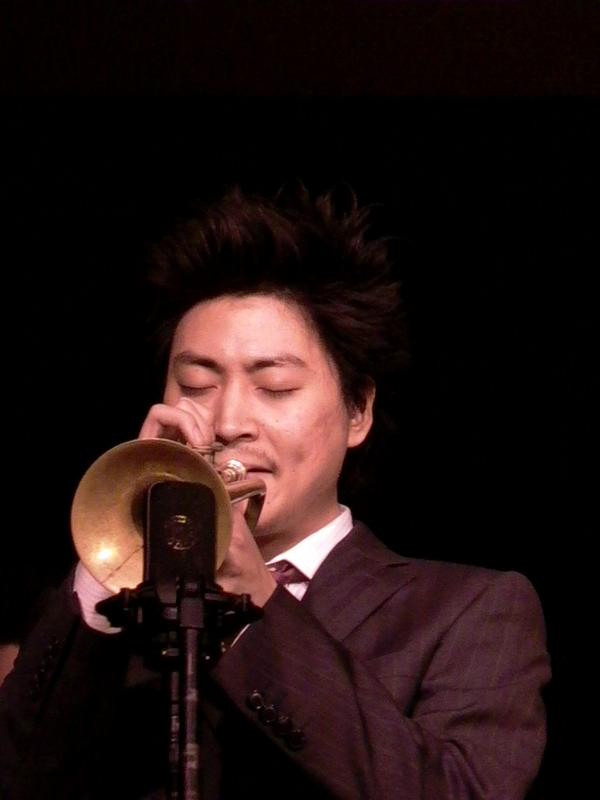 slideshow
Ascendant trumpeter and composer Takuya Kuroda is set to make his Blue Note debut with the February 18 release of Rising Son, which was produced by José James. Kuroda, who is best known for his inspired presence in James’ band, steps forth here to helm that remarkable band which features keyboardist Kris Bowers, electric bassist Solomon Dorsey, drummer Nate Smith, and trombonist Corey King. James mostly stayed on the other side of the glass in the producer’s chair except for a hypnotic version of the Roy Ayers classic “Everybody Loves The Sunshine” to which he lends his captivating baritone. The imaginative guitarist Lionel Loueke also contributes a bluesy, percussive solo to one of the album’s standout tracks “Afro Blues.”

In addition to anchoring James’ horn section for the past several years, the 33-year-old Japanese-born, Brooklyn-based Kuroda has been leading his own bands and has self-released and self-produced three previous albums. While on the road with James in support of the singer’s recent Blue Note debut No Beginning No End he let James listen to some of his newer material. James enjoyed it but wanted to hear more of Kuroda’s playing and so the idea developed to have James produce the next album.

“No one sounds like Takuya,” says James. “His tone, warmth and most of all his storytelling have inspired me for years. His writing is soulful, modern, and effortlessly bridges the gap between jazz and soul, and between history and tomorrow.”

Kuroda and James’ partnership dates to a decade ago at the New School of Music in Manhattan. Kuroda was graduating during the time when James arrived at the school. Nevertheless, they performed on a mutual friend’s senior piano recital. James’ liked Kuroda’s playing and invited him to participate on his 2010 sophomore disc, BlackMagic. Kuroda made a memorable contribution on James’ composition “Promise In Love” from that album. James later recruited Kuroda for live shows and the recording sessions for No Beginning No End, on which Kuroda also wrote the horn arrangements.

Before Kuroda arrived in the U.S. in 2003, he grew up in Kobe, Japan and followed his older, trombone-playing brother’s footsteps by joining the junior high school jazz band. While in Japan, Kuroda played in jazz bands for 12 years, from junior high school through college jazz big band. But he says that he really got into jazz by playing on the local jazz scene with the smaller combos. “The big band was just playing music charts; it didn’t have much improvisation,” Kuroda explains, “I sat in with a lot of the elders on the local scene. They showed me so much love.”

Kuroda eventually came to the U.S. where at the Berklee College of Music he had his first formal jazz studies. “I never had a jazz music teacher in Japan. I took my first music theory, ear training and jazz ensemble classes for the first time in my life in English, which made it even crazier,” he says, “ But that made me want to come to New York.”

With his close association with James, Kuroda is primed to become a major voice on the 21st century modern soul-jazz scene with Rising Son signaling a new dawn.