The Legacy of Bob Florence 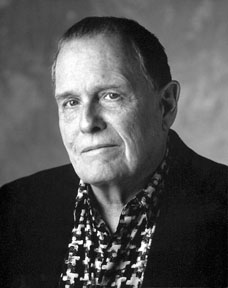 Arranger, composer Bob Florence died today in Southern California at 1:04 PM, May 15, following a lengthy hospital stay. He had been fighting pneumonia for some time and all his recent engagements had been cancelled.

Bob Florence had garnered national and international acclaim as a jazz composer, arranger, bandleader, keyboardist, accompanist, and educator, and was slated to lead this summer's All-Star Big Band in a concert of his music, which was often nothing short of sensational. Instead, Kim Richmond, faculty member and lead alto player in the band, will direct the All Stars in a tribute to Florence.

Grammy Award winner and had received an incredible 15 Grammy Nominations and two Emmy Awards. His recent commissions include, “Eternal Licks & Grooves" commissioned by ASCAP and IAJE honoring Count Basie, premiered in January 2005 at the IAJE convention in Long Beach California and “Appearing In Cleveland" commissioned by the Los Angeles Jazz Institute honoring Stan Kenton, premiered in March 2004 at the Jazz Bakery in Los Angeles, California, as well as many others.

Florence a highly respected jazz educator, often served as clinician, adjudicator and guest instructor in college settings. A warmly engaging man who approaches the act of making music with great humanity and humor.

“In the next few days, myriad obits will rightfully refer to him in terms of 'major figure' and so on and so forth," says Bill Reed, “however in my occasional conversations and dealings with Bob, I also found him to be sweet, funny, forthcoming, and just flat-out. . .nice. A wonderful and warm person, and a gifted musician and educator. His piano playing was always fresh and innovative, prompting younger musicians to seek him out."

Florence has written some of the most beautiful big band arrangements since Duke Ellington's, but many of them have gone unheard or unrecognized because of an unfortunate matter of bad timing. At a time when the market for big bands dried up, Florence discovered a passion for composing and arranging for large jazz ensembles.

So instead of getting the exposure of road shows, radio spots, and coverage on the Hit Parade, Florence had to resort to working with session musicians on their days off, for little or no money, or to applying his talent to more commercial material. Nevertheless, though Florence's work is scattered across hundreds of albums by dozens of artists, it remains some of the most beautiful and delicate music.

Something of a musical prodigy, Florence took his first piano lesson before the age of four and was performing at recitals at seven. Throughout his early years, he studied with the expectation of becoming a classical musician. While attending Los Angeles City College, he arranged to study orchestration and arrangement with Bob McDonald, a college faculty member who'd written from Charlie Barnet and others years before. Florence was immediately attracted to working with a jazz-oriented group, and it led him to set up an informal band at college that met and performed his works.

At the time, L.A. City College's study body included men who would go on to become some of the most respected studio session musicians: Dennis Budimir, Herb Geller, Tommy Tedesco, and John ("Star Wars") Williams. Someone suggested Florence shift his band to the Hollywood Musician's Union local rehearsal hall, and he started a weekly session that quickly proved a great word-of-mouth success.

Session players were looking for an outlet for their more creative side, and Florence soon had ace musicians vying for spots in his group. One of the early members of this “kicks" band, baritone sax player John Lowe, still plays with Florence today.

Florence toured with Alvino Rey, then wrote for Harry James, Les Brown, and others. He recorded a couple of albums for various labels, but in 1960, Si Zentner contacted Florence around writing for a new band he was forming. Florence went on to work with Zentner on 11 albums on Liberty and RCA. He helped Zentner score perhaps the last big band hit with a rockin' version of the Hoagy Carmichael tune, “Up a Lazy River," in 1961, and a classic recording of Les Baxter tunes played by Zenter's band and Martin Denny on piano, “Exotica Suite."

From his work with Zentner, Florence became known by Dave Pell and others in Liberty's A&R shop, and through the mid-1960s, handled arrangements for scores of Liberty albums. He did several vocal group albums, including Great Band, Great Voices with Zentner and the Johnny Mann Singers, and Jazz Voices in Video with Dave Pell. He often worked with Liberty's leading pop vocalist, Vicki Carr, and he arranged a long and highly successful series of instrumental albums with saxophonist Bud Shank.

Florence wrote for a number of television shows, including “The Red Skelton Show" and “The Dean Martin Show." He reunited with Les Brown on an album for Decca, arranged a fine bossa nova album with Sergio Mendes (sans Brasil '66) on Atlantic, and worked with one of his idols, Count Basie, on an album of Beatles hits.

By the early 1970s, television and movies had become the focus of Florence's work, and very little of his work from this period can be found. Vicki Carr called him in 1973 to pinch-hit for her road band's conductor, and a one week engagement became a relationship that lasted nearly five years and took him throughout the U.S. and overseas.

In the late 1980s, he organized yet another group, Limited Edition. The band's name referred to the small and elite group of session musicians who could master just about any material with little or no fuss. The band's album, Serendipity 18, received the 2000 Grammy for Best Jazz Performance by a Large Ensemble.