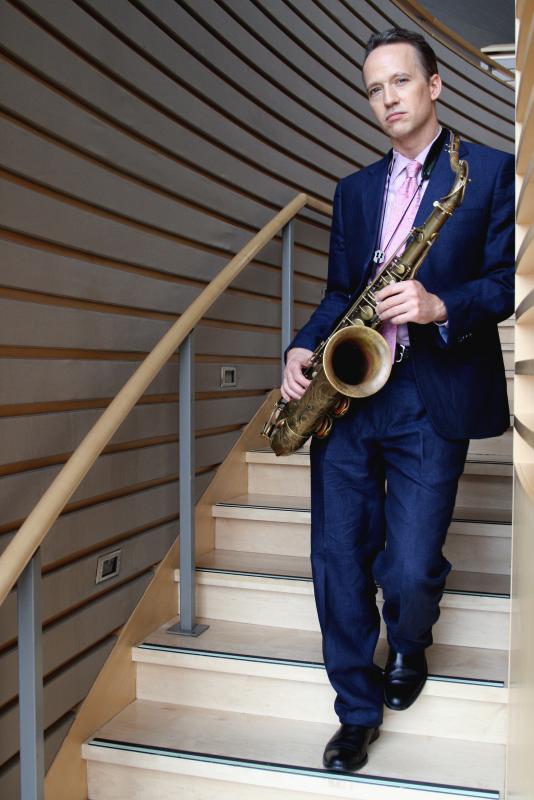 slideshow
“This particular band, for me, is the strongest in the 15 years I’ve been in the band,” asserts Jazz at Lincoln Center Orchestra multi-instrumentalist Ted Nash. Experience this powerhouse band as the JLCO with Wynton Marsalis delve into the Birth of the American Jazz Orchestra on January 9-10 in Rose Theater. There is a free pre-concert discussion nightly at 7pm.

“When you think about the Jazz at Lincoln Center Orchestra, “ continues Nash, “especially with the guys from Georgia, Illinois, Iowa – they spend more time with this band than they do with their own families. Yes, it is a family and that has always been the case. When you look at some of the bands that are touring 50 weeks out of the year, it was their family. This is like a second family for most people,” says Nash, acknowledging that he is just one part of the puzzle.

Big bands that rehearse together, travel together and live and breathe the music together have been around for decades. This program focuses on such leaders as the great Duke Ellington, Fletcher Henderson, Benny Carter, Eddie Durham, Chico O’Farrill, Bill Challis and Don Redman. They share a common factor: the band that plays together, stays together and the JLCO is no exception.

“I know these people (JLCO) like I know my brothers and sisters. People joke about it as a ‘dysfunctional family’ etc., but like any family we have stuff we have to work out. There is so much respect. It’s interesting because sometimes in a biological family people get away with saying hurtful things, getting mad, making up…because it is a blood thing. But with the JLCO we really can’t be like that. There has to be respect and communication for the big band to continue in a healthy way. So, yes, it is a family and we have to be respectful on a personal level, traveling, checking into hotels, showing up on time to leave for the next city, how we interact on the bandstand, how we dress, how we talk to each other, who gets to solo in an evening – if you’ve got too many solos, do you give a solo to somebody else because they haven’t had a chance to solo – these are all things come out of respect. This particular band, for me, is the strongest in the 15 years I’ve been in the band.”

Of course, a major focus of the JLCO is the great works of Edward “Duke” Ellington (April 29, 1899-May 24, 1974). Ellington led his orchestra from 1923 until his death, a career spanning half a century. “Someone like Duke Ellington, who is probably our greatest jazz composer, because he’s extremely prolific with between 1,500-2,000 compositions, which is practically unheard of – because of the variety of what he’s feeling and how he expresses it. For instance, when he’s writing a suite, he assimilates the music and puts it into the context of jazz and how varied it is. He doesn’t repeat himself very much. You don’t hear the same motifs or the same melody, it is like having a fresh feeling each time, each piece is unique. That’s what’s so amazing about Duke Ellington as a composer.”

But in addition to Duke, there are many great jazz big band composers that are all unique in their own approach to the music. Birth of the American Orchestra examines what makes the magic work. “What’s important with composing for a big band is how do you bring the composition to this large ensemble' When we think of composition we think of a melody and some chords. That’s the traditional way of looking at a composition. With some composers, it’s more about the whole context. The arrangements and the orchestrations are part of the composition. A great big band composer also follows that approach; its not just the melody and some chords but it’s the entire arrangement that really makes the composition. That is why I believe Duke Ellington stands out as one of our greatest orchestra composers.”

This program goes beyond Ellington and examines the other great jazz composers; exploring roles of orchestral instrumentation, the expansion of harmonics and the evolution of the rhythm section. “We (JLCO) have that luxury that some of the great composers have had like Thad Jones or Bob Brookmeyer. They had an orchestra and had written specifically for that orchestra. The most successful music that the Jazz at Lincoln Orchestra plays, for me, is Duke’s music. I say that because the orchestra was founded after several concerts of Duke Ellington’s music. The orchestra even had three trombones fashioned after that. The original idea of having the orchestra was to perform Duke Ellington’s music and as the orchestra developed it became more than a repertory band. For me, that is very exciting because I love moving forward and seeing new pieces. The art form of jazz develops as well as this orchestra develops. That is what has been happening for the last five years.”

In 2010, Nash’s album “Portraits in Seven Shades” was recorded by the JLCO. The album is the first composition released by the JLCO featuring original music by a band member other than bandleader Marsalis. Nash muses that the evolution of the JLCO involved a certain trust on the leader’s behalf, a faith in letting go. “Basically, with Wynton discovering that instead of just him composing and maybe delegating to a couple of other band members like me or Victor (Goines) or different people that he started to use as writers—he realized that there are 10 people in the band that can do this. So there are ten people now contributing to the repertoire. There aren’t many big bands anymore and I think we’re in a very unique situation with this orchestra. The new contributing writers were not only helping Wynton out, but were actually expanding the sound of the band.”

As the great bebop pioneer Dizzy Gillespie once told Wynton, “One should not consider it an achievement to lose one’s orchestral tradition.”