Home » News » Paul Slavens Is An Award-Winning Radio Host, A Voice On Legendary ...

Paul Slavens Is An Award-Winning Radio Host, A Voice On Legendary Anime 'dragon Ball Z,' A Member Of The Travoltas With Old 97’s Producer Salim Nourallah. He Is A Composer, Too!

The album ('Alphabet Girls, Vol. II') is all over the place, from jazz to prog to pop, but it’s as eclectic as Slavens is.
&#151Central Track 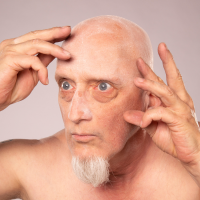 “The Denton-based composer, musician, and all-around entertainer is poised to release his new album, Alphabet Girls, Vol. II, on June 24," comments Dallas-based NPR-affiliate KXT which recently premiered the video for the Slavens single “X (On My Heart)," describing it as “a theatrical number that tells the story of a man who wants to know more about a mysterious woman who left him with a note and a sense of longing."

The song is the first single and video from Alphabet Girls, Vol. II (that's from “Naomi" to “Zelda"), and as the circumstances above allude to, it is the only song on the album that isn't titled with a woman's name (as far as we know, it's just “X!")

“'Queenie' is just a blast of jazz energy," Slavens said of another cut from the album that fully displays his compositional chops. “I gave four University of North Texas jazz hot shots my sheet music and told them to play as fast as they could."

Alphabet Girls, Vol. II is the crystallization and distillation of the Nebraska born, Denton, TX-based artist's long, varied, and accomplished career, complete with all of the requisite breakthroughs and disappointments.

On record, Slavens's endurance is a listener's treat. Alphabet Girls, Vol. II plays like the product of a “been everywhere, seen everything" guru-type somehow fitting all of his experience and education onto five lines of musical staff like some kind of trippy Tetris.

Funny, but serious. Jazz, but pop. Quirky, but grounded. “Alphabet Girls, Vol. II" (the title isn't a red herring, the “girls" of “Vol. I" showed up twelve years ago) is all of these things and more.

“My goal was to make beautiful sounds," Slavens said. “I am not too impressed with my singing or my playing. I am most interested in the compositions. That's number one. I do not feel like I am a ‘songwriter,' but rather a composer who sometimes works in song."

A songwriter, but not.

Some other artists and their eras that Slavens names as touchstones include Burt Bacharach, early Kate Bush ("I always thought that she approached her music as a composer"), and later Scott Walker ("I love his unconventional use of orchestra"), adding, “I can't downplay the influence that Chopin had on me."

Alphabet Girls, Vol. II by Paul Slavens is scheduled for release on June 24 via State Fair Records preceded by the singles “X (On My Heart)" (Out Now) and “Ophelia" (June 10).