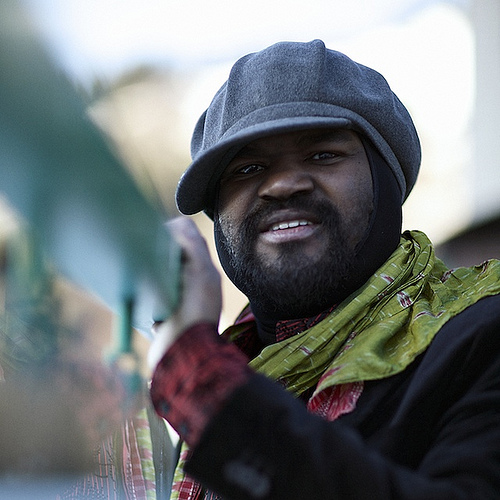 NEWPORT, RI: Continuing the rich tradition of presenting the best of emerging and established musicians, the 2013 Newport Jazz Festival, produced by Newport Festivals Foundation, will feature an eclectic slate of legendary and rising vocalists who skillfully embody the power and history – and the swing and groove – of the uniquely American musical art forms of jazz and R & B.

While grounded in the traditions of jazz, the vocalists in this year’s lineup – Natalie Cole, Gregory Porter, Freddy Cole and Dee Alexander – have a rich history working in R&B or related genres, ranging from gospel and blues to jazz-soul fusion.

Other vocalists taking the stage at the Newport Jazz Festival are Esperanza Spalding, Claudia Acuña appearing with David Gilmore and Andrea Tierra performing with her husband Edmar Castañeda.

The 2013 Newport Jazz Festival presented by Natixis Global Asset Management will be held in Newport, RI on August 2 at the International Tennis Hall of Fame at the Newport Casino and August 3-4 at historic Fort Adams State Park.

The Festival kicks off on Friday, August 2, with a remarkable evening featuring Natalie Cole. Her uncle, pianist and vocalist Freddy Cole, opens the concert as a special guest with the Bill Charlap Trio at the Tennis Hall of Fame.

The daughter of jazz legend Nat King Cole, nine-time Grammy winner Natalie Cole achieved her first musical success in the mid-1970s as an R&B artist with the hits “This Will Be (An Everlasting Love), ” “Inseparable” and “Our Love.” When Unforgettable…With Love was released in 1991, the jazz collection set a new standard for reinventing the Great American Songbook, capturing six Grammy Awards, including Album and Record Of The Year. In 2008, her recording Still Unforgettable – which featured another duet with her father – won for Best Traditional Pop Vocal Album. After longstanding health issues, Cole received a kidney transplant in June 2009 and made a triumphant stage come back that September at the Hollywood Bowl in Los Angeles. Cole published a powerful book about her experience, “Love Brought Me Back, ” in 2012 and continues to thrill audiences around the world.

Freddy Cole, the younger brother of Natalie’s father, has been a recording artist for 60 years, beginning with the release of his 1952 album The Joke’s On Me and continuing through his 2011 Grammy nominated collection Talk to Me. The leader of the Freddy Cole Quartet, which regularly tours the U.S., Europe, the Far East and South America, he has worked over the years with jazz and R&B saxophonist Earl Bostic, Johnny Coles, Benny Golson and R&B/contemporary jazz sax legend Grover Washington, Jr. Cole, the subject of the 2006 documentary The Cole Nobody Knows, was inducted into the Georgia Music Hall of Fame in 2007.

Taking the stage Saturday at Fort Adams is Gregory Porter, a dynamic jazz/R&B artist described as “the jazz version of John Legend, ” “a new king of jazz” and “a leader of the pack.” He has been compared with some of the greatest vocalists, including Joe Williams, Nat Cole, Donny Hathaway and Marvin Gaye. In the few years since the California born and raised, Brooklyn-based Porter exploded onto the international music scene with his critically acclaimed 2010 debut Water, the multi-talented vocalist and songwriter has racked up a continuing stream of accolades and awards. Water garnered a Best Jazz Vocal Album Grammy nomination, hit #1 on both iTunes and Amazon in the UK and earned inclusion on an international array of year-end “Best Of” lists for 2010 in several genres. Declared “the brilliant new voice of jazz” by The Huffington Post, Porter’s 2012 follow-up Be Good met with similar success, including a Best Traditional R&B Performance Grammy nomination for the song “Real Good Hands.”

Among the premier vocalists and songwriters in American music today, Dee Alexander’s performances span virtually every music genre related to the African diaspora: jazz, gospel, blues, neo-soul, rhythm-and-blues, and world music. In addition to leading her own bands and recording solo albums (including 2009’s Wild Is the Wind, which received a five-star rating from DownBeat magazine), the singer has been a vital contributor to many important groups and projects to take shape in Chicago over the last two decades. Internationally, Alexander has performed frequently at festivals and series in Paris, Tel Aviv, Poznan (Poland), and Milan, Perugia, and Orvieto (Italy), in addition to Brazil, the French Alps, Switzerland, Finland, Germany, Austria, and Luxembourg. In 2007, Ms. Alexander was named “Chicagoan of the Year” (in jazz) by the Chicago Tribune, and in 2008 as well as 2010 she received honors as “Jazz Entertainer of the Year” from the Chicago Music Awards. In February 2012 she was the recipient of the African American Heritage Award for her contribution to the arts. Alexander performs at Fort Adams on Sunday, with a program entitled “Songs That My Mother Loved.”

Tickets for the 2013 Newport Jazz Festival presented by Natixis Global Asset Management are on sale now at newportjazzfest.net, by phone and by mail.

There will be a festival office in the Newport area where tickets can be purchased in person at a later date. For general information, craft vendor information or to leave a message for festival staff, call the festival hotline at (401) 848-5055.