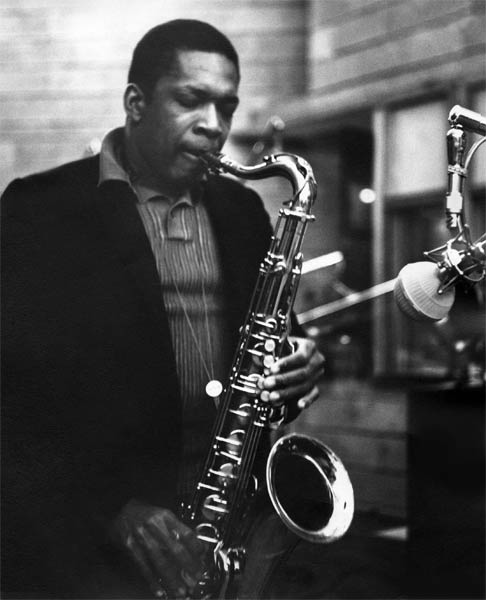 slideshow
Mosaic Records is set to release The Complete Sun Ship Session which includes newly discovered and previously unissued alternate takes from one of the final studio sessions by the John Coltrane Quartet. The three LP set will be released May 21 and is also being made available on a two CD set through Verve Records on April 16.

Sun Ship, recorded August 26, 1965, captures one of the last sessions by the Classic John Coltrane Quartet (Coltrane, pianist McCoy Tyner, bassist Jimmy Garrison and drummer Elvin Jones). It comes at the culmination of a year in which Coltrane arguably reached his creative peak, a year rich in such masterworks. The Sun Ship album, though, was not issued until 1971, one of several Coltrane albums issued by Impulse Records after his death. And Sun Ship was, like many jazz albums, the product of editing between takes, a process overseen by John’s widow Alice.

“This Complete Sun Ship Session edition is much more: sourced from newly discovered original reels, the set includes the album’s five original compositions, unedited, in sequence of recording, with all of the takes as they evolved, as well as the surrounding conversations. More than just a sampling of a few alternate takes, The Complete Sun Ship Session offers a rare opportunity to eavesdrop on an iconic master at work.” – David Wild, liner notes

John Coltrane’s Sun Ship session was recorded at the RCA Recording studio on 24th Street by engineer Bob Simpson who also did superb work with Sonny Rollins, Charles Mingus, Albert Ayler and others. The original three-track masters with the tenor sax on one track, the piano and bass on another and the drums on the third track were recently discovered, enabling the complete session to be released for the first time. Kevin Reeves remixed the entire session from the original three-track masters with great sonic results, improving greatly on the original LP mix. Mosaic has remastered them and pressed them on 180-gram vinyl at the renowned Record Technology Inc. plant in Camarillo, California.