Includes fresh insights from Johnny Mathis as well as his producers and arrangers and traces Mathis’s musical journey from the past to the present. 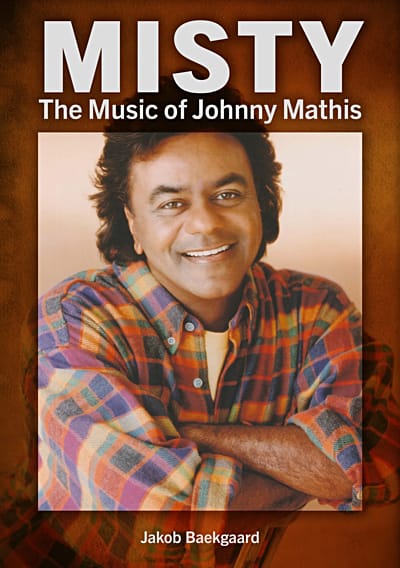 Few singers have been able to change with the times like Johnny Mathis. Although his fame rests on his massive popularity in the '50s and '60s when he competed with Elvis and Frank Sinatra and outsold almost anyone, Mathis has remained relevant through the decades and no other crooner is as technically skilled or able to cover multiple genres so convincingly. Jazz, soul, disco, country, classic and contemporary pop, Mathis has adapted his impressive vocal range to all kinds of music and transgressed the stereotype of what a male voice is supposed to sound like.

The longest-running artist on Columbia, he has been recognized by the record industry with The Recording Academy Lifetime Achievement Award and three recordings in the Grammy Hall of Fame, but so far, there hasn’t been an exhaustive examination of his complete recordings in book form. Authorized by Mathis and including fresh insights from himself as well as his producers and arrangers, Misty: The Music of Johnny Mathis, rights that wrong. With detailed discussions of the records and a discography, the book traces Mathis’s musical journey from the past to the present and includes a wealth of photos and album scans from his own archive. It’s the ideal companion for fans and new listeners interested in exploring one of the most prominent voices in American music.

Based in Denmark, Jakob Baekgaard has a Master’s degree in Scandinavian Languages and Literature and English from the University of Aarhus. He started as a music writer for the underground music publication Geiger in 2006, covering everything from indie pop and rock to electronic music. He has been the jazz critic for Danish national newspaper Politiken, and he has also written numerous articles, reviews, and interviews for the leading jazz magazine in Denmark, Jazz Special. Since 2007, he has been a contributor to the acclaimed American website, All About Jazz.