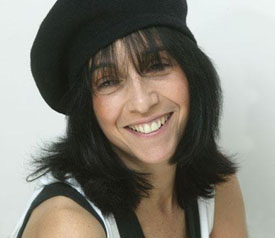 Born in New York (with Ukrainian and Hungarian roots), and educated in Switzerland, pianist Lola Perrin is now based in London. Following an early career producing soundtracks for television she went into a period of musical isolation until she launched her solo career in 2003. Ever since, she has attracted increasing attention across Europe as a performer and composer

In the autumn of 2006, on a double bill with her brother Roland, she played at Spitz on the closing night of the London Jazz Festival, to rave reviews. Her music has affinities with jazz, classical and minimalism, and is mainly inspired by visual artists. Perrin collaborates frequently with film makers, and the results are a feature of her live performances.