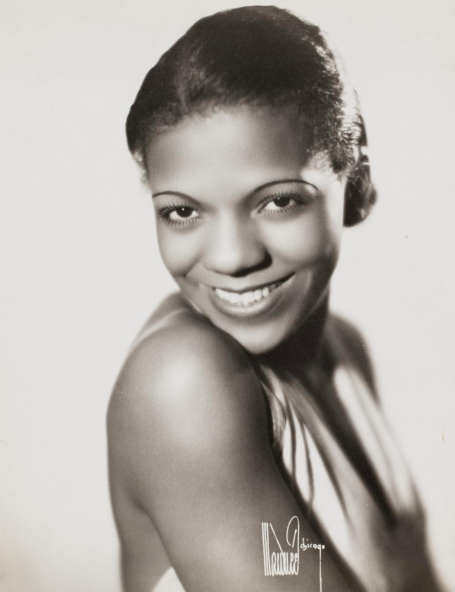 slideshow
Like Mildred Bailey, Ivie Anderson was an early female vocalist who pioneered the jazz idiom in dance bands. She joined Duke Ellington's orchestra in 1931and for the next 12 years she toured and recorded with the band. Anderson's voice was more pointed and huskier than Bailey's and featured a mild tremolo. She also had a slinkier quality, especially on mid-tempo numbers such as I'm Satisfied and Did Anyone Ever Tell You. One can hear a quite a bit of Anderson in later singers like Marlene Dietrich.

Anderson was born in 1904 and grew up in Gilroy, Calif. She studied music and singing in school and began performing in Los Angeles in 1921. In 1930, Anderson worked in Earl “Fatha" Hines's band in Chicago before joining Ellington. In the band, she often imitated instruments through scat. Her hits included It Don't Mean a Thing (If It Ain't Got That Swing), Solitude, Mood Indigo and Stormy Weather.

Asthma sidelined Anderson in 1942. Coping with the smoke from cigars and cigarettes at performance venues and on the band bus certainly didn't help. Her last recordings were in 1945 with Johnny Otis and on her own in 1946 accompanied by a band that included alto saxophonist Willie Smith and bassist Charles Mingus. Anderson retired in Los Angeles, married, opened a chicken restaurant, divorced and married again. [Photo above of Ivie Anderson and Duke Ellington]

What's most exceptional about Anderson's voice was her musical approach. She had to deliver a sophisticated sound given the Ellington band's intricate arrangements and sterling soloists. There also were no female band singers on which to model one's style (Ethel Waters and Bessie Smith were two standouts with recording careers in the 1920s). Hence, it had to be invented.

Listening to her now is like watching someone with beautiful penmanship write in script. There are turns, sweeps and a thickness and thinness to the “ink" in her voice. Songs like Kissin' My Baby Goodnight illustrate her graceful and deft delivery.

JazzWax clips: Here's the entire album, starting with It Don't Mean a Thing...