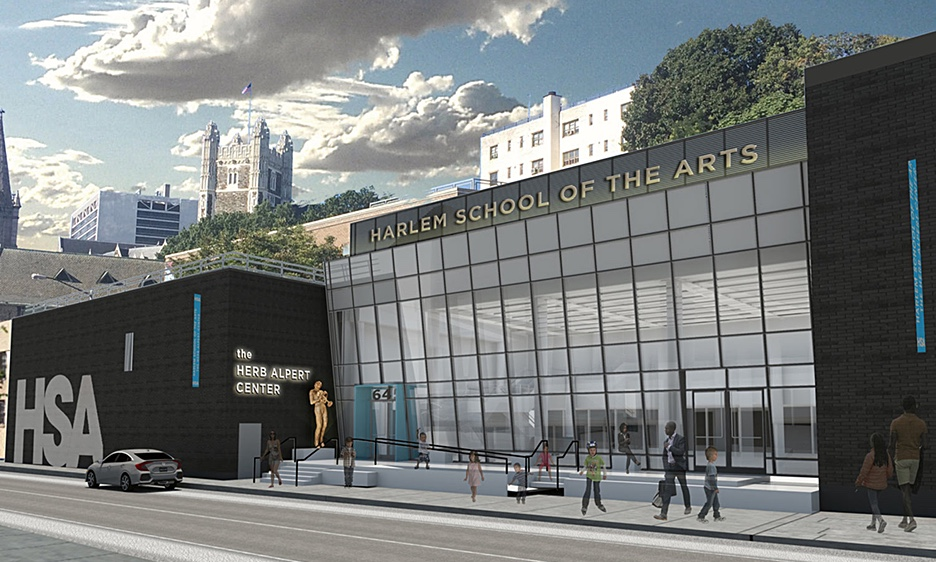 The Harlem School of the Arts and our students are extremely fortunate to have Adegoke, a jazz master and artist-educator as Artist in Residence. This project complements our founder’s mission of enriching the lives of our young people, by engaging artists who reflect the community to provide excellence in arts training.
—Lee Hogans, HSA Chief Education Officer

The 58-year-old Harlem School of the Arts (HSA), located in New York City's historic community, is proud to welcome Grammy Award nominee and composer/pianist, Adegoke Steve Colson, recipient of the South Arts, 2021 Jazz Road Creative Residencies Grant, which is funded by the Doris Duke Charitable Foundation. Through funding made possible by this grant, Mr. Colson will lead Afternoon Jazz @ HSA master classes involving students across HSA’s interdisciplinary curriculum and the organization’s Jazz Program, and featuring some of the most respected and prolific jazz artists.

“The Harlem School of the Arts and our students are extremely fortunate to have Adegoke, a jazz master and artist-educator as Artist in Residence. This project complements our founder’s mission of enriching the lives of our young people, by engaging artists who reflect the community to provide excellence in arts training. This is in keeping with plans to build our curriculum around Harlem’s rich cultural history, with jazz as a critical part of that legacy,” said Lee Hogans, HSA Chief Education Officer.

The Afternoon Jazz @ HSA series will kick off on Saturday, February 5, in honor of Black History Month with T.S. Monk, son of revolutionary jazz pianist, Thelonious Monk. T.S., who performed in his father’s band, is a decorated drummer, bandleader in his own right, and founder of Thelonious Monk Institute of Jazz. On March 19, in celebration of Women’s History Month, the Marlene Rice String Three-Tet, led by innovative musical artist, violinist, vocalist, arranger, songwriter Marlene Rice , and including the indefinable cellist Nioka Workman, will hold court. In tribute to Jazz Appreciation Month, Adegoke Steve Colson will take center stage on April 30 with a quintet featuring acclaimed vocalist/composer Iqua Colson, renowned drummer Pheeroan AkLaff, fiery Saxophonist TK Blue who served as Randy Weston’s musical director, and innovative bassist Luke Stewart, who was named one of the 25 most influential jazz artists of his generation by Downbeat Magazine. These events will all be open to students, families, and the community.

A significant part of the residency project includes Mr. Colson writing, rehearsing, and performing a newly commissioned piece – an extended work for octet that celebrates the Harlem School of the Arts. The premiere date for this piece will be announced shortly.

Adegoke Steve Colson is a noted pianist, composer, saxophonist and educator who has performed internationally as a leader of jazz ensembles ranging from trios to orchestras. His work has been recorded on labels that include Columbia/Sony, Evidence, and Black Saint. His Solo Piano recording, Tones For, reflecting on the lives and work of Harriet Tubman, Sojourner Truth, and Frederick Douglass, was his most recent release on Silver Sphinx, the label he co-owns with his wife and musical partner, Iqua Colson. The liner notes were written by fellow pianist and MacArthur Fellow, Vijay Iyer. Among the various accolades received internationally, the CD was picked as The Jazz Times Editor’s Choice. His other recordings have also received high praise, including The Untarnished Dream – with Iqua, and Jazz Legends Andrew Cyrille and Reggie Workman with liner notes by one of his frequent collaborative partners, influential writer and activist, Amiri Baraka; this CD was voted into the top 40 of the International Jazz Critics Poll. His work as an artist has been discussed/reviewed in many languages and can be found in countless periodicals, and in several books.

A critically acclaimed figure, Mr. Colson’s music has been compared to that of Monk, Mingus, and Ellington as well as Ives, Berio, and Stravinsky. Mr. Colson has received several commissions and awards for music composition; a prolific writer, he has authored more than one hundred pieces for ensemble and six major works for jazz orchestra including the first original work commissioned by the New Jersey Performing Arts Center during opening season. His music written for his small ensembles has also been recorded and performed by fellow artists including Trio Three (Lake, Cyrille, Workman), Hannibal, John Hicks, Richard Davis; and most recently Andrew Cyrille’s “The News” released on ECM August 2021. His most recent commissioned work, INCANDESCENCE, premiered October 30, 2021 in Chacgo receiving an over 5-minute standing ovation. This piece was commissioned by American Composers Forum in celebration of the 55th Anniversary of the pivotal Musicians collective – of which he is a member- The Association for Advancement of Creative Musicians (AACM) that influenced music internationally in the 20th and 21st Century. Both Steve and his wife Iqua are long time members of this collective. Steve’s ensembles have performed on some of the world’s leading stages and featured artists such as David Murray, Rachelle Farrell Tyshawn Sorey, and Pulitzer Prize winners Anthony Davis and Henry Threadgill, who is fellow member of the AACM.

Always involved in arts education, Steve was one of 21 artist-educators selected from around the country by the National Endowment of the Arts to pilot the concept of Artist Residencies in the 1980s. He served as Lecturer at Rutgers University and is currently artist in residence in Jazz Studies at Cicely L. Tyson School of Performing & Fine Arts; lectures internationally; is a Professor in the Bloomfield College Creative Arts & Technology Department, where he helped shape the vision and concept 35 years ago as part of an initiative led by The Office of the President.

As a native of East Orange, NJ, Steve considers one of his greatest honors his 2018 induction into The East Orange Hall of Fame, with several other distinguished E.O. talents including Althea Gibson, Dionne Warwick, Naughty by Nature, John Amos, and Whitney Houston.

Headquartered in Atlanta, Georgia, South Arts is a nonprofit regional arts organization empowering artists, organizations, and communities, and increasing access to arts and culture. In partnership with the National Endowment for the Arts and the State Arts Agencies of Alabama, Florida, Georgia, Kentucky, Louisiana, Mississippi, North Carolina, South Carolina, and Tennessee—with additional funding from other public and private donors such as the Doris Duke Charitable Foundation and The Andrew W. Mellon Foundation—South Arts supports artists and organizations through a rich and responsive portfolio of grants, fellowships, and programs. Why? Because South Arts believes that the arts elevate the region, increasing connectedness and inspiring meaningful change in the process.

Jazz Road Creative Residencies is one component of the larger program, Jazz Road. Jazz Road is a 4-year national jazz initiative directed by South Arts, funded by the Doris Duke Charitable Foundation with additional support from The Andrew W. Mellon Foundation. Jazz Road features a coordinated partnership with the other five Regional Arts Organizations. All work together to deliver technical assistance and grants that enhance jazz artists’ livelihoods through residencies in communities across the country.

About Harlem School of the Arts at The Herb Alpert Center

New York City’s premier community arts institution, the Harlem School of the Arts at the Herb Alpert Center stands uniquely apart as the sole provider of arts education in four disciplines: music, dance, theater, and media & design, all within our award-winning 37,000 square foot facility. The institution’s reputation for artistic rigor and excellence attracts students of diverse socio-economic and ethnic backgrounds from the five New York City boroughs as well as Westchester County and the tri-state area, which includes Connecticut and New Jersey. HSA’s alumni and faculty are counted among the most talented leaders in the arts.

For over 50 years HSA has enriched the lives of tens of thousands of people through world-class training in the arts. HSA offers its students the freedom to find and develop the artist and citizen within themselves in an environment that teaches discipline, stimulates creativity, builds self- confidence, and adds a dimension of beauty to their lives, empowering them to become creative thinkers and innovative leaders of tomorrow.

HSA programs and general operations are supported in part by awards from the National Endowment for the Arts; by public funds from the New York City Department of Cultural Affairs, in partnership with the City Council; and by the New York State Council on the Arts with support of the Office of the Governor and the New York State Legislature. HSA also receives major support from the Herb Alpert Foundation, Ford Foundation, Anna-Maria and Stephen Kellen Foundation, Verizon, Arison Arts Foundation, The Hearst Foundation, New York Community Trust, Donald A. Pels Charitable Trust, The Edwin Caplin Foundation and Chretien Risley, Trustee, The Pinkerton Foundation, and the Upper Manhattan Empowerment Zone, as well as from individual donors.