T.S. Monk - drummer, bandleader, composer, and vocalist was drawn to the drums before the age of ten. His destiny was sealed when Max Roach, with whom he studied, gave him his first drum set. After earning a reputation in school as a rabble-rouser (and graduating), the young Monk joined his father's trio and toured with his dad until the elder Monk's retirment in 1975. T. S. then launched into the music that had captivated him and his generation, R&B. He first toured with a group called Natural Essence and afterward, along with his sister Barbara, formed his own band. He then proceeded to have hits on two recordings, House Of Music and More Of The Good Life , where T.S. played drums, arranged, and sang.

T. S. received the New York Jazz Awards First Annual “Recording of the Year” award and 'Downbeat's' prestigious 63rd annual Album of the year Reader's Choice Award for Monk On Monk. Monk on Monk is the “80th Anniversary Birthday Tribute to Thelonious Sphere Monk” featuring twenty guest artists including Herbie Hancock, Wayne Shorter, Arturo Sandoval, Dianne Reeves, Nnenna Freelon, and Howard Johnson, among others. Critics and the public lauded T. S. Monk as his father's true musical heir, as bandleader, and performer. Rave reviews in the Hollywood Reporter, Variety, the L.A. Times, and others, echoed the public sentiment of the sold out concert hall shows across the United States, Europe, and the Middle East.

Shortly after his father passed away leaving a rich and legendary legacy, tragically his sister died of cancer. To honor his father's legacy and support the efforts of education, Thelonious turned his attention toward forming the Thelonious Monk Institute of Jazz. As Chairman, Thelonious has been at the forefront of helping to create a number of programs that range from sponsoring music education for students in the form of full scholarships to funding and supporting after-school athletic programs. The Institute's activities reach from Boston to Los Angeles and from New York to Orlando.

In 1992, Thelonious formed his jazz sextet and received raves from the moment they hit the stage and the studio. One of the most unique groups on the circuit, the T. S. Monk Sextet's cohesive and driving style has been heard at the JVC Jazz at the Bowl festival, Sun Valley Center, Lied Center for the Performing Arts, and many of the legendary jazz clubs. For his special 80th Anniversary Birthday Tribute to his father, the sextet formed the core of the eleven musician, pulsating and dynamic show. With Grammy Award winning producer (for Joe Henderson's Lush Life, among others) Don Sickler on trumpet, the duo has carved an innovative and dynamic approach to crafting the T. S. Monk Sextet sound; this band soars and sizzles.

For two consecutive seasons, December 1996 and January 1998, on ABC, jazz returned to network television after a twenty-five year absence. Sponsored by Nissan and The Thelonious Monk Institute, under the guidance of T.S. Monk and Tom Carter, an historic assemblage of artists gathered for 'A Celebration Of America's Music' hosted by Bill Cosby and featuring Natalie Cole, Jon Secada, Tony Bennett, k.d. lang, as well as Thelonious performing his father's signature tune, Round Midnight, with Herbie Hancock, Pat Metheny, andNnenna Freelon. Al Jarreau, Dave Brubeck, and Aretha Franklin have all performed for this annual special.

With “Crosstalk,” Monk's most recent release, he seemlessly bridges musical worlds, adding vocals for the first time in more than fifteen years to his recording. His upcoming release “Higher Ground” expands on his venture into the “smooth” realm of jazz. Although there are very straight up jazz tunes througout the CD, including a scat song “Mosaic” TS also goes straight into a smooth mode with “Ladera Heights”. If funky is what you want he's got some “Funky Jazz” going on too! The album has it all! T. S. Monk continues to display his leadership and artistry through his recordings and live performances worldwide, on television and in concert. Show less

T.S. Monk: Drummer and Son of Late Jazz Great Carves His Own Musical... 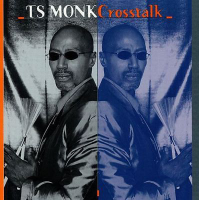 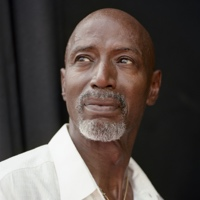 All About Jazz musician pages are maintained by musicians, publicists and trusted members like you. Interested? Tell us why you would like to improve the T.S. Monk musician page.