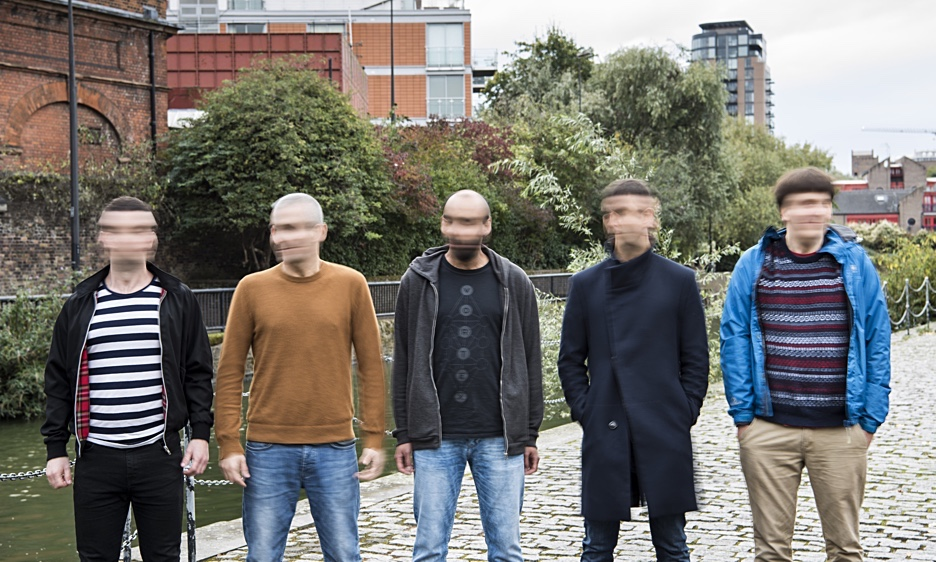 [Led Bib] is quite possibly the missing link between jazz, prog and experimental rock, which puts them in a field of one.
—The Scotsman 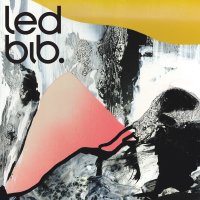 From the Homeric invocation of ethereal opener “Atom Story,” it becomes stunningly clear that It's Morning, the latest album from the uncategorizable UK ensemble Led Bib, is meant to take the listener on a journey. The wide-ranging and evocative set is also a testament to the distance the band has travelled on its own evolutionary path. If not the endpoint, it at least sits at a far-flung guidepost along a transformative odyssey undertaken by the eclectic ensemble.

Led Bib has long been renowned for its skronky, livewire fusion of exploratory jazz improvisation with the brute force of heavy rock and the labyrinthine architecture of prog. It’s Morning (due out September 27, 2019 via RareNoise Records) retains an identifiable sense of adventure and virtuosity while marking a vast departure from previous recordings, veering into the realm of elusive, poetic narrative and lysergic beauty.

“Led Bib has developed an identifiable improvisation language over the last 15 years,” explains drummer and bandleader Mark Holub. “After all that time we started to wonder what it might be like to take that language into a whole new area.”

Bookended by a pair of atmospheric miniatures that frame the album as an imaginative Odyssey, It’s Morning embarks on an immersive quest over psychedelic seas. That sense will only be amplified in live performances, when the music will be supplemented by a concert length film created by filmmaker Dylan Pecora. Pecora has made a film which explores and expands upon the album and in live performances it will be manipulated by VJ Oli Chilton. “I want our shows to feel like [author Ken Kesey’s] Acid Tests,” Holub declares. “I’m hoping people are transported somewhere else. The experience of just sitting down and being quiet and engrossed in something for an hour is a meaningful thing.”

In a very real sense, It’s Morning is a reaction to the turbulence of the modern day, from the cautious optimism of its title to the otherworldly sensation of its music. Holub tentatively refers to the set as “protest music”—not that there’s a single lyric that directly addresses the politics of the day, but in the sense, which has always characterized Led Bib’s output, that the band is swimming against the currents of the mainstream.

In retrospect, Holub finds the roots of It's Morning in his formative listening to bands like Pink Floyd and the Grateful Dead. The influence isn’t literal; there’s nothing on the album that directly echoes the work of Jerry Garcia or Syd Barrett. What Holub learned from those bands is a sense of what he reluctantly terms authenticity, the idea of following one’s own instincts however far afield they may lead.

As unified and flowing as the end results may sound, It’s Morning was created with as much spontaneity and in-the-moment invention as any of Led Bib’s music. While they were intent on a new direction, the sound of the new album arose organically in the studio from the raw materials that had been shared between the bulk of the band in England and Holub in his adopted home of Vienna. Add to that the addition of Galvin, who stepped in when regular Led Bib pianist Toby McLaren was forced to withdraw from the sessions.

The mystical “Atom Story” leads into the distorted urban groove of “Stratford East,” with Hues’ lyric conjuring past civilizations paved over by concrete slabs, wistfully recalled as the violin of Irene Kepl leads the band into a combination of Afrobeat funk and quirky angular melodies reminiscent of Deerhoof and its ilk. Modern life intrudes in the brief interlude of the title track, with Fortnam’s lament over the ubiquitous digital screen accompanied by the moaning bass clarinet of Susanna Gartmayer.

By far the album’s most sprawling piece, the 11-minute “Fold” implores listeners to “Change the storyline” following a cosmic group improvisation redolent with the interstellar questing of the Floyd’s most outré excursions. The pulsating minimalism of “Cutting Room Floor” accompanies Hues’ instructions to “Let the film run backwards,” giving perspective a 180-degree twist. Sense itself becomes lost as the two vocalists mutter simultaneously in stereo, a device recalling the Velvet Underground’s brain-splitting classic “The Murder Mystery.”

The intimacy of a cloud-shrouded cityscape is summoned in Fortnam’s introspective lyric for “To Dry in the Rain,” which builds from hushed contemplation to explosive intensity before fading back into Galvin’s elegiac solo, which segues into the vox humana throb of “O.” The abstract clamour of “Flood Warning” finally gives way to the closing moments of “Set Sail,” which casts its gaze to future wanderings on the far horizon.

While a definite departure for the band, It’s Morning is more the exception than the rule in being an unexpected turn for the always unpredictable Led Bib. The band was originally formed by the New Jersey-born Holub in 2003 for a masters project at Middlesex University. The five-piece played its first gig in front of ten people in the backroom of a North London pub; five years later they were performing on primetime TV to millions, having been nominated for a Mercury Prize.

In 2011 the group released Bring Your Own, followed by two releases to celebrate their 10th anniversary in 2014: the studio album The People in Your Neighbourhood and the limited-edition live vinyl The Good Egg, both hailed as modern classics. and their best yet. In 2017 the band made its debut on genre-defying London label Rare Noise Records with Umbrella Weather, followed by a digital only live recording.