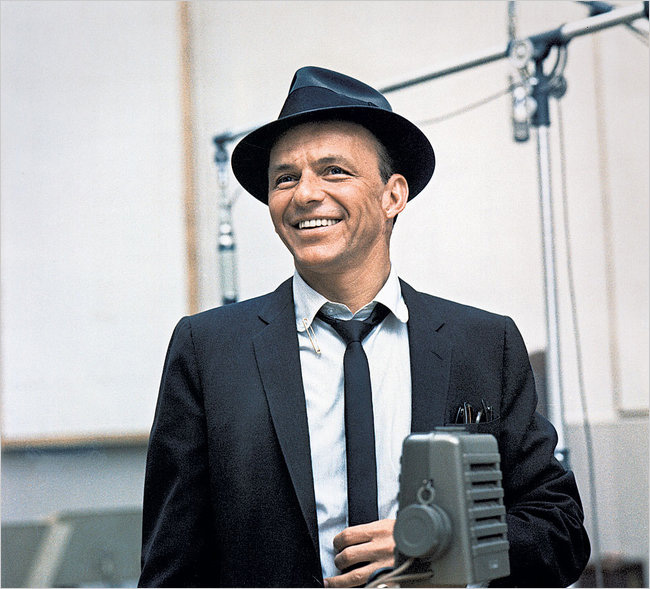 slideshow
NEW YORK (Reuters) - Who needs Madonna when you can have Frank Sinatra?

Just weeks after losing pop star Madonna, music label Warner Bros. has signed up for the full rights to another major star -- Frank Sinatra -- with plans to revitalize and expand the late entertainment legend's career.

Warner Music Group Corp and Sinatra's family said on Wednesday they had established a global partnership to integrate content, rights management and the preservation of Sinatra's work under a single entity.

The partnership will operate under the name Frank Sinatra Enterprises and will manage all of his musical, film and stage work, as well as administer all licensing for the name and likeness of the star who died in 1998 at the age of 82.

Sinatra's family, represented by his three children, Nancy, Tina and Frank Sinatra Jr, said it was important to the family to preserve and honor his legacy.

“We were extremely selective in choosing a partner with whom to manage our father's life work. It was a process that took several years," the family said in the statement.

“Our father founded Reprise Records (now part of Warner Music Group) almost 50 years ago; we have worked with Warner Music Group for many years, and we are thrilled to continue the journey with them and the new company into the future."

The new partnership will own Sinatra's recordings from the Reprise era, as well as films, TV specials and unreleased footage, photos and audio recordings and pursue new products and ventures with respect to Sinatra.

“There are very few licenses out on Sinatra besides the traditional audio and video products so the future is wide open for us to explore all possibilities in all ranges of products," Jimmy Edwards, an executive from Warner's Rhino Entertainment which will be managing the day-to-day operations.

Warner Music, the world's third-largest recording company, and other music labels and artists have been exploring new relationships as traditional music sales steadily decline. Consumers are buying fewer CDs while not buying enough digital music to make up for the shortfall.

Edwards, who declined to comment on the financial aspects of the deal or Sinatra's current worth, said Warner would continue to seek to forge deeper relationship with select artists as music companies could not survive on just CD sales.

“I think you can expect to see more deals like this, but Sinatra, a worldwide icon, is one of kind and there will never be another deal exactly like this," he said.

Sinatra would not be the first recording star to see an earnings rebound after his death.

Elvis Presley, who died 30 years ago, this year returned to the top of an annual list of the highest-earning dead celebrities compiled by Web site Forbes.com, earning an estimated $49 million in the year ending October 2007.

The rise in Presley's earnings from $42 million a year earlier came after CKX Entertainment bought part of his estate from daughter Lisa Marie Presley and embarked on a mission to renew interest in the late singer and actor.