I dedicate this album to the world. This is my prayer, translated in music, for the suffering of the human race. I want these songs to resound in heaven and bring us back the peace, love and tolerance that we all need. --Edmar Castaneda 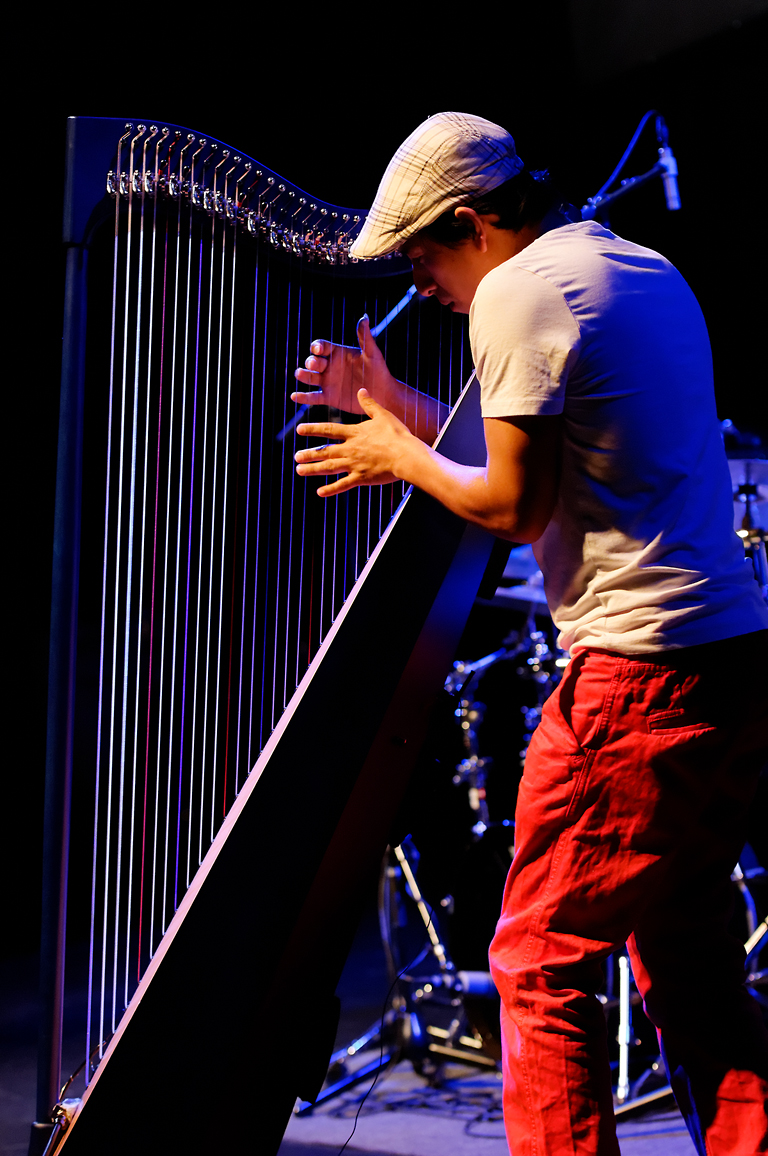 Come and celebrate at the Jazz Standard on August 11th and 12th for the release party of the new album by the Edmar Castaneda World Ensemble. Experience these amazing musicians from all over the world who collaborated on this exciting new project—Live At The Jazz Standard.

The Edmar Castaneda World Music Ensemble features musicians from around the globe: Brazil, Turkey, Chile, Switzerland, Colombia, Israel and the U.S.A. Adding to this magnificent rainbow of expression is a mix of musical instruments including: harmonica, kanun, flute, saxophone, keyboards, trombone, drums, percussion, vocals and, of course, harp!

“I dedicate this album to the world. This is my prayer, translated in music, for the suffering of the human race. I want these songs to resound in heaven and bring us back the peace, love and tolerance that we all need. I believe some day we will be united as one nation, the nation of the earth and will accept each other as we are: brothers and sisters born from the same amazing God." —Edmar Castaneda

In October 2014, Colombian harp master and composer Edmar Castaneda arrived at the Jazz Standard at the helm of a large and eclectic band he called the World Ensemble. Their performances that week dazzled critics and audiences alike - and were recorded for the World Ensemble's new album, Live At The Jazz Standard. The Jazz Standard welcomes the return of this incomparable group, featuring such outstanding soloists as singer Andrea Tierra, trombonist Marshall Gilkes, and harmonica wizard Gregoire Maret.

BIO: Edmar Castaneda was born in 1978, in the city of Bogotá, Colombia. Since his move to the United States in 1994, Edmar has quite literally taken New York and the world stage by storm with the sheer force of his virtuosic command of the harp-revolutionizing the way audiences and critics alike consider an instrument commonly relegated to the “unusual category". A master at realizing beautiful complexities of time, while skillfully drawing out lush colors and dynamic spirit.

The legendary Paquito D'Rivera, Edmar's frequent collaborator, says “Edmar is an enormous talent, he has the versatility and the enchanting charisma of a musician who has taken his harp out of the shadow to become one of the most original musicians from the Big Apple."

On stages across the globe, Edmar's body seemingly engulfs his Colombian harp as he crafts almost unbelievable feats of cross-rhythms, layered with chordal nuances rivaling the most celebrated flamenco guitarist's efforts.

In addition to his acclaimed performing career as an instrumentalist, which has included features at D'Rivera's Carnegie Hall tribute, Jazz at Lincoln Center, The John F. Kennedy Center for the Performing Arts, the Tanglewood Jazz Festival, the 10th annual World Harp Congress, he has also play with Wynton Marsalis and the Jazz at Lincoln Center Orchestra, John Scofield, Marcos Miller, John Patitucci, Chico O'Farrill 's Afro-Cuban Jazz Big Band and Edmar Castaneda has gained recognition as a composer.