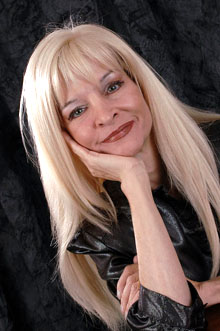 The recording portion of Denise Brigham's new album is almost complete. She has been at Chicago Recording Company with her producer and arranger Carey Deadman for the last two weeks finishing her vocals and they should be completed by the end of the second week in January. The band and orchestra sessions were finished before Christmas and are in preliminary post production now.

With a working title of Hotel LaFayette this project has been generating significant “buzz" in Chicago music circles because it is one of the larger scale productions to be done here in recent years. Carey, well known for his work in Broadway In Chicago shows like Jersey Boys, Wicked and Dirty Dancing, has written brilliant modern arrangements of eleven classic American Songbook tunes, and recorded them all with an orchestra comprised of the city's top professional musicians. Head engineer Chris Steinmetz has said this album compares very favorably to Rod Stewart's “It Had To Be You...The Great American Songbook" which he also worked on with producer Phil Ramone.

With the production winding down and an anticipated release in early Spring Denise and her production company are now turning their attention to booking her new show into various concert venues. She will be at the beautiful Skokie Theatre in August, and others will be announced shortly. “It has been wonderful being in the studio doing this new album, but I really miss performing live" she said. “I can't wait to get back on stage and be with our fans. That's really what this business is all about!"