Christopher James Releases 'A Rose In The Canyon' August 19th! 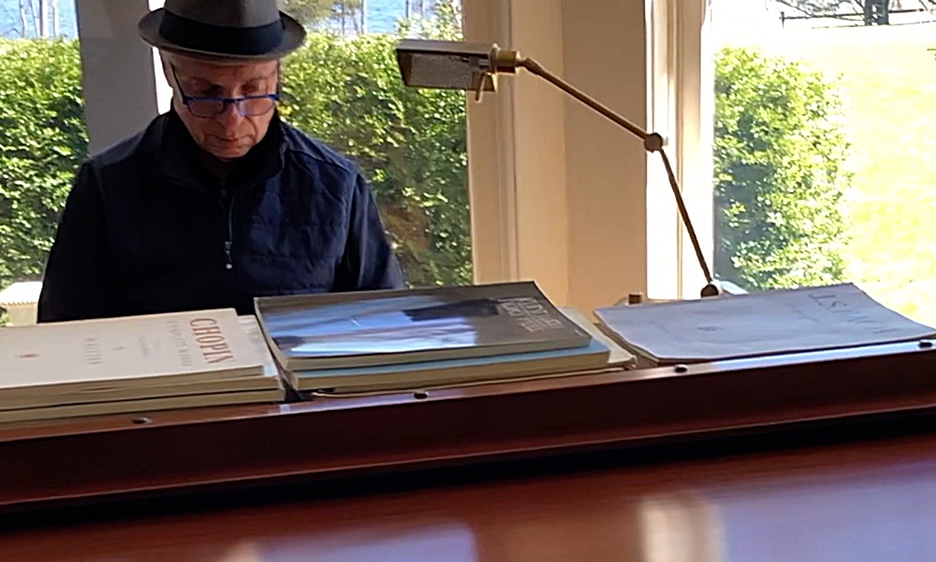 Bob Dylan once famously said, 'I'll let you be in my dream if I can be in yours.' Christopher James' music, elegantly conceived and profoundly felt, makes that happen.
&#151Chuck Mitchell (former president Verve Music Label) 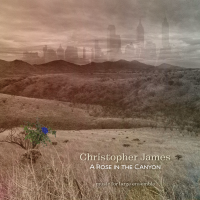 Bob Dylan once famously said, “I’ll let you be in my dream if I can be in yours.” Christopher James’ music, elegantly conceived and profoundly felt, makes that happen.

They’re the raw material of our reactions to artistic expressions. They form the building blocks of our private narrative responses to what we’ve seen and heard. Composer Christopher James and his supporting cast—which includes two of New York’s most talented orchestrators and several first call instrumentalists—construct evocative musical experiences that generate parallel impressions in our own hearts and minds.

Does one need to be familiar with a particular brand of ‘60-‘70s television crime drama to appreciate “The Mighty Quinn (Martin)”? Or the whimsical eccentricities of British prog-pop to unlock “Dr. Blowhard Stumples”? Of course not, although a visit to one’s favorite search engine may offer additional colors and tones to one’s own listening landscape. There is wit here, but also something deeper: an engagement with pop cultural archeology that opens a door for the uninitiated through the alchemy of music.

“The Enigmatic City,” “Baile de los Perros,” and the title piece, “A Rose in the Canyon,” offer something else: sonic maps to territories we might already know, consciously or subconsciously. Or perhaps a dimensional gateway from Christopher James’ musical imagination to ours. The music doesn’t subvert specific references, it embraces possibility..... Chuck Mitchell

Christopher James (born Christopher James Roberts) is an American composer, producer (Paula Cole, Renée Fleming, Val Gardena) and ex-CEO of Universal Music Group’s Classical and Jazz division. An accomplished classical pianist, he earned a B.A. in Music and German Literature at Lewis and Clark College in his hometown of Portland, Oregon. His graduate studies in Musicology at the University of Illinois took him to Germany for post-graduate research. He stayed, and for several years he composed and produced music for the German film and television industry. With a style reflecting pop, as well as his classical and jazz training, James’ music was heard in prime time on various German National TV networks. Musical influences include Elton John, Burt Bacharach, Brian Eno, Jimmy Webb, John Barry, George Gershwin, Bach, Chopin, Ravel and Stravinsky.

A Rose in the Canyon

I began experimenting with larger and more sophisticated musical styles back on The Sad Waltz album. “The Steppes of Mora” and “Ostinato” are good examples. On the follow up release, Grace from Persistence, “Mother Russia”, “Beyond the Stars” and “Weimar Blues (1929)” took this evolution a step further.

The compositional process remained the same on A Rose in the Canyon —I sat down at the piano, and in a very “analog” manner pressed record on the memo function of the iPhone. The music is edited, if needed, and transcribed into piano notation: imagine a painter working on large canvas and throwing paint at it in a seemingly random act. But in that improvisation, themes and combinations reveal themselves. Once I am satisfied that the piece is finished, I hand over the next creative step to the orchestrators. Gil Goldstein and I have been working together for some years now and he contributed his remarkable creativity to “Adjunct/Disjunct”, “The Mighty Quinn (Martin)” and “Dr. Blowhard Stumples”. Rob Mathes, my partner in so many adventures these past 25 years, brought his passion to the title piece and “Saudade”. Bob Stark my longtime (30 years!!) engineer and collaborator orchestrated “The Enigmatic City”, and “Baile”, the latter features a glorious clarinet solo from John Nastos. John also created the inventive orchestration for “Blue in the 2nd Degree”. Bob mixed the entire project and was my co-pilot from start to finish. David Glasser did the mastering in his wonderful studio in Boulder, Colorado.

The four live recording sessions took place in November, 2022 at Power Station Studio A, in New York City. Some of the featured musicians are: John Patitucci on bass, Antonio Sanchez on drums, Alex Sopp on flute, Jim Beard and Gil Goldstein on piano as well as a wonderful group of diverse and brilliant musicians from the New York area. Rob Mathes and Gil Goldstein did double duty conducting and keeping the mood light, but focused. At this stage of my life, the collaborative process is the most important element in my creative journey. Covid challenged that journey, but ultimately the music thrived.

I hope it brings you as much joy as it did for me.