Bray Jazz Back With A Bang Over May Bank Holiday Weekend 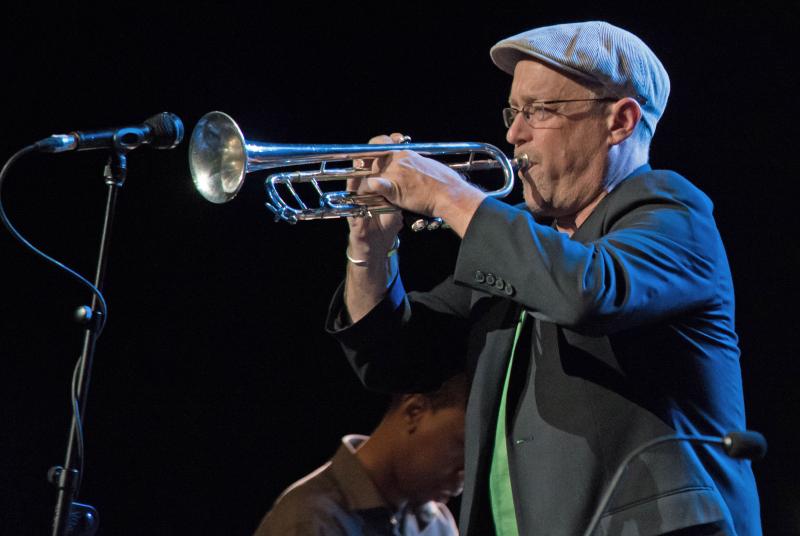 slideshow
Bray Jazz, one of Ireland’s leading music festivals, returns for its 15th edition over the May Bank Holiday weekend with a line-up that would be the envy of much larger festivals.

The picturesque seaside town of Bray, the oldest, continuously inhabited coastal town in Ireland, will resound to the sounds of jazz, world music and contemporary fusion over four music-packed days.

Headlining Bray Jazz 2014 is the legendary Brazilian guitarist/percussionist Vinicius Cantuária and his quartet, who open the festival at the Mermaid on Friday, 2nd May.

Other highlights include Norwegian saxophonist Marius Neset. His Edition Records albums Golden Xplosion (2011) and the adventurous Birds (2013) are the striking works of arguably the most exciting saxophonist to have emerged out of Europe in the last decade.

The best of New York comes to Bray Jazz 2014 with the brilliant duo of trumpeter Dave Douglas and pianist Uri Caine who will headline the closing night. This gig marks a return to Bray Jazz for Douglas following his concert here in 2007 – a superb performance captured on Moonshine (Greenleaf Music, 2007).

Music students in the Greater Dublin area should make a note in their diaries as Douglas will also be serving up a not-to-be-missed afternoon jazz workshop.

Free concerts abound, with The Royal Hotel hosting a three-band matinee featuring The Hugh Buckley Quartet, The Joni Project (by singer Edel Meade) and Karovka on Saturday afternoon, 3rd May, while The Harbour Stage at the town’s Harbour Bar is an all-new festival stage that will host more than half a dozen fantastic live shows both daytime and at night over the long weekend. A gig to watch out for on Saturday at 3pm is the quartet led by young Italian guitarist Julien Colarossi, whose debut Note to Self (Self Produced, 2013) introduced a talented musician of great promise.

Free shows will take place right across the town at bars, hotels and restaurants too, with Hollands of Main St, The Coach Inn, The Hibernia Inn, The Strand Hotel, Barracuda Restaurant, The Esplanade Hotel, Mt Everest Kathmandu, Ocean Bar and Grill, The Wilton Hotel, The Porterhouse, Brady’s of Shankill and The Powerscourt Arms Hotel just some of those staging free jazz trail events on the weekend.

Alongside a top level programme of great shows taking place each evening at Mermaid Arts Centre, Bray Jazz will also present early evening concerts in Bray Town Hall, late night shows at The Harbour Bar and The Martello, a free-to-the-public afternoon matinee in The Royal Hotel, and afternoon jazz workshop at ‘The Well’ on Main Street, while a dozen other hotels, restaurants and bar venues will host live music over the three days of the holiday weekend.

Full details about this year’s Bray Jazz Festival are available on the festival website while information about tickets is available by contacting box office at Mermaid Arts Centre on 01-2724030.