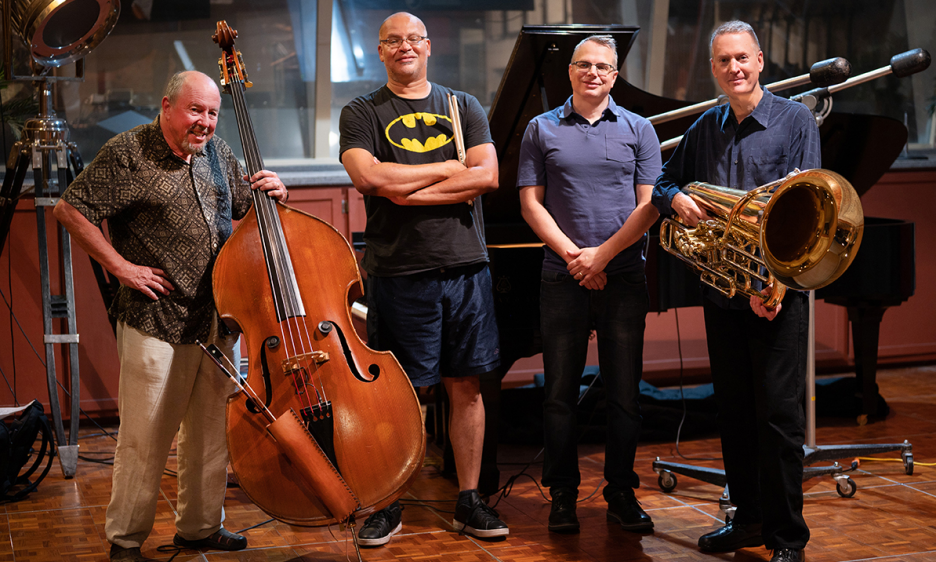 By
September 16, 2022
Sign in to view read count
The tuba is one of the most powerful and prominent instruments in the symphony orchestra. Tubaist Ralph Hepola has played on outstanding classical recordings (see selected discography below), but this summer he’s recording with world-class jazz musicians including a giant among bass players: legendary bassist Bob Bowman has toured and recorded with Freddie Hubbard, Carmen McRae, Bud Shank, Karrin Allyson, Bobby Watson, Steve Houghton, John Stowell, Bob Sheppard, Steve Allee, the Thad Jones/Mel Lewis Orchestra and the Toshiko Akiyoshi-Lew Tabackin Big Band.

In June of this year, drummer Marty Morrison played at Jazz St. Louis with none other than Wynton Marsalis. Morrison has performed with Marcus Roberts and Bobby Watson. He appears regularly at The Jewell in Omaha with Hammond B3 organist Mitch Towne and guitarist Dan Wilson.

Hepola called these jazz veterans together to record a wide variety of material:

“Limehouse Blues" from 1921 in a laid-back rendition inspired by an Art Pepper recording and emphasizing the “bluesy-ness” of the song rather than its vaudeville origins.

“Stella by Starlight" was written for the 1944 movie The Uninvited. The song originally had no lyrics, but the copyright owners knew the song to be a masterpiece. Two years later they had lyrics written for it. Many famous musicians have since recorded “Stella” in a wide range of styles.

Musicians have been fusing jazz with rock and other musical styles since the 1970s. Many of their composition titles refer to outer space: “Hymn of the Seventh Galaxy;" “Shadow of Io;" “Space Circus." Consequently, Hepola wrote “Rocket Science" for the session.

Bassist Bob Bowman contributed his driving shuffle tune “Kalarama Rex" named after a renowned American Saddlebred horse born 100 years ago this year. Bob grew up on a farm in Kansas and in 1963 his mother bought a descendant of “Kalarama Rex," named “Dr. Sea." Bowman explains: “We had his family tree. I saw that name and thought, 'There’s a song in there!'”