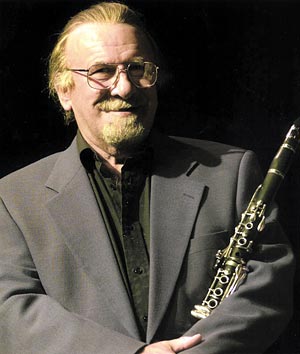 slideshow
Clarinettist Acker Bilk, who personified the trad jazz revival of the 1950s and '60s, has died after a lengthy illness at the age of 85.

His most famous song Stranger on the Shore was the UK's biggest selling single of 1962 and made him an international star.

Born Bernard Stanley Bilk, he changed his name to Acker - Somerset slang for “mate" - after learning to play the clarinet in the Army.

Pamela Sutton, who was Bilk's manager for 45 years, said he had “been ill for some time", adding: “He was my great friend and his music was legendary."

Born in Pensford in Somerset, Bilk tried a number of different careers before borrowing a clarinet and copying recordings of famous jazz musicians while in the Army.

He formed his first band in Bristol after his demobilisation.

Known for his goatee, bowler hat and fancy waistcoat, Bilk was awarded an MBE in 2001 for services to the music industry.

He was diagnosed with throat cancer in 2000 but recovered and continued to play concerts, the last of which was at the Brecon Festival last year.