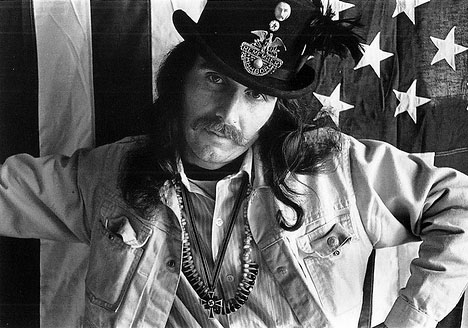 He is survived by the true love of his life, Marguerite Trousdale Kelley. He also leaves his mother Annie, sister Kathy, and beloved children Patty, Yossarian, and China, and beautiful grandchildren Life and Lacoda.

Through his mind-expanding creativity and over several decades, Kelley gave rock music new colors, shapes, and themes expressing the optimism and enthusiasm of young people around the globe. His graphics defined youth culture as much as the music itself-in effect his art was a break-through collaboration with musicians and bands such as the Grateful Dead, Jerry Garcia, Janis Joplin, and Jimi Hendrix. As Joel Selvin, rock critic for the San Francisco Chronicle, put it, “Kelley and Mouse drew the first face on rock music."

Kelley and his life-long collaborator Stanley Mouse are best known for their posters for “San Francisco style" dance-concerts at the Fillmore Auditorium, Winterland arena, the Fillmore West, the Avalon Ballroom, and a host of other Bay Area theaters and amphitheaters. They also created world-renowned posters and album covers for the Grateful Dead, Journey, Steve Miller, Jimi Hendrix, The Beatles, and others.

The two artists historically worked as a team, in their words “riffing off each other's giggle." They joyfully appropriated from historic sources, in one instance re-working an obscure nineteenth-century etching to create their iconic Grateful Dead “skeleton and roses" design. They combined vibrant Sixties color with French poster-making joi de vivre enthusiasm, and their own adapted technique, to generate compelling pieces often issued on a weekly basis, ultimately dazzling millions worldwide. Thus, they changed advertising art forever, as their posters were key examples of what became one of the most important art movements of the latter part of the twentieth century.

When Kelley (a native of Maine) met Mouse (a native of Detroit, MI) in San Francisco's Haight-Ashbury district in late 1965 (the “Haight" was the epicenter of the hippie movement, culminating in the “Summer of Love" in 1967), they instantly recognized they were kindred spirits in what Mouse describes as “one of the juiciest scenes of all time." Their concert posters, commissioned by Fillmore promoter Bill Graham and Graham's rival, the Avalon's Family Dog collective, were eagerly snapped up by bands and fans alike.

In the decades since, Mouse and Kelley's classics have established even greater popularity, rivaling the interest long shown by collectors of French turn-of-the-century Belle Epoque art made famous by Toulouse-Lautrec and others.

“There is one word for Alton Kelley's lifelong contribution, and that is 'iconic.'" said Dell Furano, CEO of Signatures Network. “Kelley's artwork, designs, posters, album covers, tour logos set a standard of inspired creativity that has remained as influential as the great San Francisco Rock Scene of the 60's, '70's and '80's."

In his later years, Kelley joyfully turned to illustrating hot rods and custom cars, as fine art paintings, and for t-shirts and other merchandise.

In lieu of flowers, donations can be made at the Washington Mutual Western Street branch in Petaluma, CA for a memorial bench in a Sonoma County Park. A memorial event will be announced shortly.

For members of the press: photographs, selected artwork, and video bites are available by contacting:
Jennifer Gross
Evolutionary Media Group
323.658.8700