By Mark Sullivan
March 2, 2019
Sign in to view read count 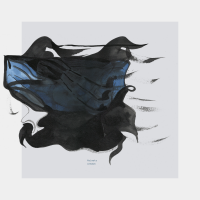 The Norwegian duo LEAGUS is made up of pianist Herborg Rundberg and guitarist Kristian Svalestad Olstad. The pair's first album Lea Áigi (CAMO, 2016) was entirely played and sung by the two of them. Naimaka finds them joined by two drummers, Wetle Holte and Christer Jørgensen. The music is still based on a free approach featuring Kristian's extended guitar and the influence of sami music, now with added rhythmic impulse and structure. The album takes its name from the small, extremely cold place in the far northern part of Sweden where Herborg's family lived in the 19th century.

After the brief atmospheric duo introduction "Ránes Čuovga," the new sound makes a dramatic entry with the big drum beat and stirring theme of the title tune. Olstad contributes what sounds like Americana-style slide guitar, and someone plays a prominent bass line. The bridge features textural electronic-guitar over a steady piano pulse, giving way to a reprise of the opening theme. Rundberg's delicate vocals make their first appearance on "Bisut Go," another duet track.

"Vuostebiggii" has an industrial sound, metallic guitar sparring with drums and percussive metals. "Ivguvuotna" initially centers around large processed piano sounds, before drums enter and a theme emerges. "Ovcci" further explores the contrast between lyrical and abrasive, rhythmic and abstract. "Silbagiessan" features the return of Rundberg's vocals in a big way, with several overdubbed backing parts—a haunting interlude. "Veiggodettiin" concludes the album much as it began, all of the frenetic rhythmic activity pared back to a slow chorale-like piano.

LEAGUS had a distinctive sound on its first album, and has expanded on it here without losing the magic at the core. Naimaka represents a real step forward.