Known for writing the blues standard “You Don’t Love Me,” Willie Cobbs steadily became one of Mississippi's great musicians with a recording career spanning over five decades.

Willie Cobbs was born on July 15, 1932, outside of Smale, Arkansas. Arkansas, at that time known for its rice farming, did not appeal to Cobbs. During his childhood, he was involved in gospel music within his community. In the early fifties, Cobbs moved to Chicago where he met Little Walter, who became his mentor in blues harmonica. After four years in the National Guard from 1952-1956, he returned to Chicago in 1958 as a singer. “You Don't Love Me” was the top hit that expanded Cobbs career in 1961.

Throughout the sixties, seventies, and eighties, Cobbs produced records, and soon thereafter started a club in Stuttgart, Arkansas, where he ran the Blue Flame, and later opened the Turning Point in Itta Bena, Mississippi, in 1974. He also opened Mr. C's Bar-B-Que in Greenwood, Mississippi, where he moved in 1978. 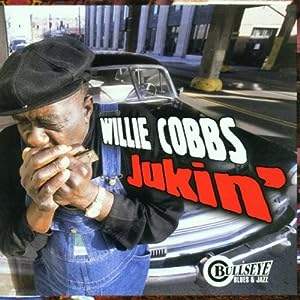 All About Jazz musician pages are maintained by musicians, publicists and trusted members like you. Interested? Tell us why you would like to improve the Willie Cobbs musician page.