Will Lyle (born 1994) is an upright and electric bassist, bandleader, composer, arranger, and producer from Orange County, California and based in Los Angeles.

A year after graduating from Berklee College of Music, he toured with GRAMMY award-winning drummer Billy Kilson's quartet to Japan in 2017.

In 2020 he received a presidential scholarship to study with the most recorded jazz bassist of all time and former member of Miles Davis's band, Ron Carter, at Manhattan School of Music. Will is currently freelancing in the LA area and doing graduate school online.

In 2019, he toured with the Ron King Big Band to Jakarta, Indonesia for the Java Jazz Festival. The same year, he arranged for and directed a 20 piece big band with strings for Barry Minniefield's A Salute to Sinatra concert at the Rancho Mirage Amphitheater. In August of 2019 he performed his debut concert as a bandleader at the Blue Whale in downtown Los Angeles. He has also performed at The Lighthouse in Hermosa Beach, Sam First, Scullers Jazz Club, The Mint in Los Angeles, Mister Kelly's in Osaka, Pit Inn in Tokyo, and many other venues.

Lyle has been privileged to study with some of Berklee’s most experienced faculty, and counts Ralph Peterson, Billy Kilson, Neal Smith, Susan Hagen, and Ron Mahdi as some of his most important mentors. He has studied outside of college with Bert Turetzky, Luques Curtis, Steve Dress, John Clayton, David Wong, and Gerald Cannon. He considers himself to have learned an equal amount from his peers. Ever fascinated by music from all areas, he continues to work and grow. Show less

From: L.A. Source Codes
By Will Lyle 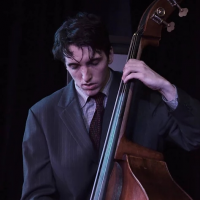 Help improve the Will Lyle page

All About Jazz musician pages are maintained by musicians, publicists and trusted members like you. Interested? Tell us why you would like to improve the Will Lyle musician page.